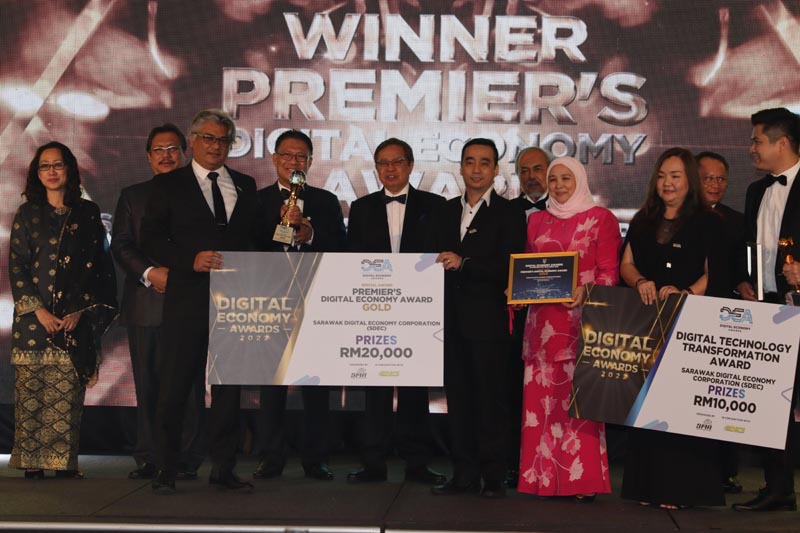 The department also won the Digital Government Award with their project entitled ‘Digitalisation of Water Supply in JBALB Sarawak’.

“In addition, we want to recognise, acknowledge and appreciate the contributions of many players and innovators.

“This year, we had 94 applications in total where the submissions were from a variety of organisations, including the public and private sectors, industry, universities, non-governmental organisations (NGOs) and individuals,” she said.

She added the public sector and government-linked corporations (GLCs) accounted for 61 per cent of the total number of participants.

“Universities accounted for 17 per cent of the total participants, followed by 12 per cent (private sectors and industries), six per cent (entrepreneurs) and four per cent (NGOs and individuals),” she said.

In her speech, Dr Sabariah also thanked the participants for their strong support in promoting the state’s digital transformation development over the last five years, in preparing Sarawak for a future high-income state with a high standard of social wellbeing, and, most importantly, in ensuring that any development is environmentally sustainable.

US Congress gets $2.5 bln request to fight coronavirus 0

‘Time for Sarawak to close borders’ 0