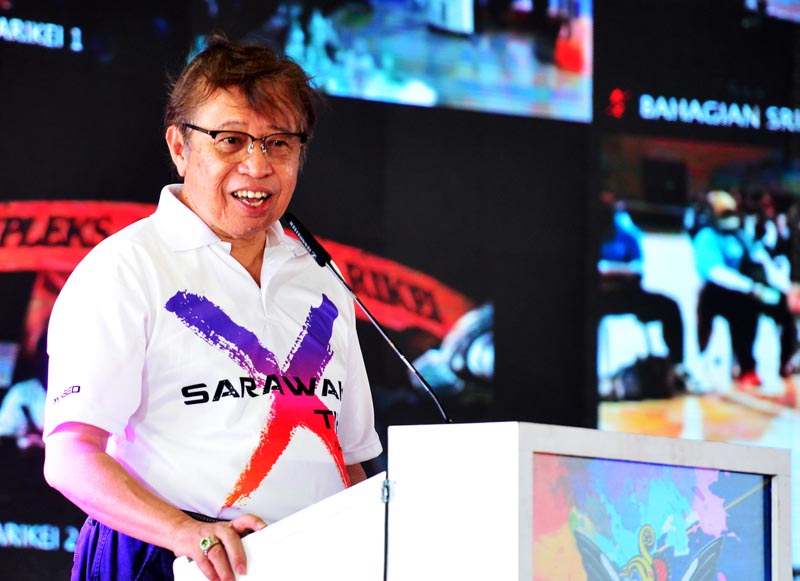 State govt to decide on allocation

GEDONG: Premier of Sarawak, Datuk Patinggi Tan Sri Abang Johari Tun Openg said that the state government would decide whether to provide additional allocation as well as to extend the road network for the Sarawak-Sabah Link Road (SSLR).

He said that the decision to provide the allocation depended on the good performance of the projects later.

“If  the performance is good, of course we will contribute as well,” he said when asked by reporters on the commencement of the SSLR announced by the federal government after the launch of Sarawak X-tive 2022 at Dewan Datuk Patinggi Ali here.

Asked about the land acquisition for the project, Abang Johari said that the state needed to look further into the details.

On Friday, Prime Minister Datuk Seri Ismail Sabri Yaakob in his media statement said the federal government had agreed to improve the implementation of the SSLR project and the Trans Borneo Highway (LTB) Project.

He said the matter was agreed at the Cabinet Meeting on Friday in order to complete the construction of the Pan Borneo Highway (LPB).

Ismail Sabri also said that so far, the first phase of LPB (786 km) was about 78 per cent completed.

“Priority will be given to local contractors, especially bumiputeras, to generate business opportunities and employment opportunities for Malaysian families,” he pointed out.

He added the highway would accelerate the state’s economic growth and development and help the government further empower the business sector, as well as create 600,000 jobs this year.