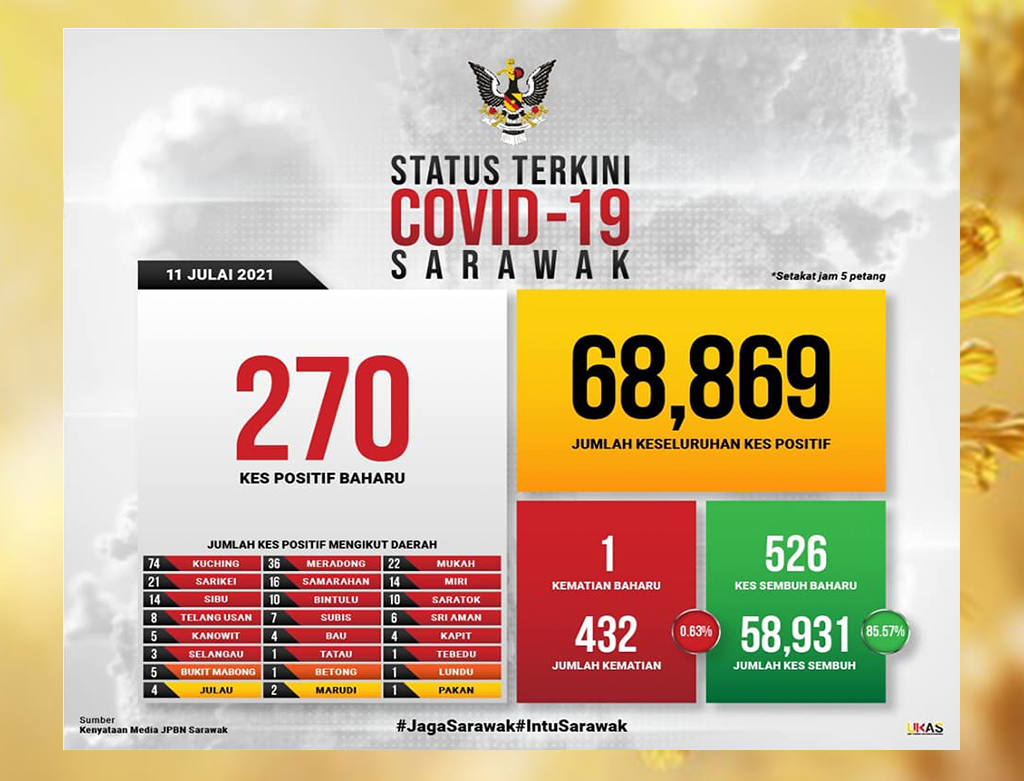 The Sarawak Disaster Management Committee (SDMC) said the cumulative total number of cases now stood at 68,869 while the death toll was 432.

Five cases each were recorded in Bukit Mabong and Kanowit while Bau, Julau, and Kapit recorded four cases each; Selangau three and Marudi two.

The districts of Betong, Lundu, Pakan, Tatau and Tebedu recorded one Covid-19 case.

Thirty-three out of the 270 cases were symptomatic individuals during the Covid-19 screening.

Meanwhile, there were 526 new recoveries and discharges from hospitals statewide yesterday (Sunday).

These bring the number of recovered and discharged cases so far to 58,931 or 85.57 percent of the total number of cases in Sarawak.

There are 9,349 individuals still undergoing treatment at PKRC and hospital isolation wards in the state.

The SDMC said the only death case involved a 71-year-old man from Bintulu who tested positive on June 21.

“The man, who was treated at the Bintulu Hospital, had a history of high blood pressure, diabetes, chronic obstructive pulmonary and heart disease,” it added. 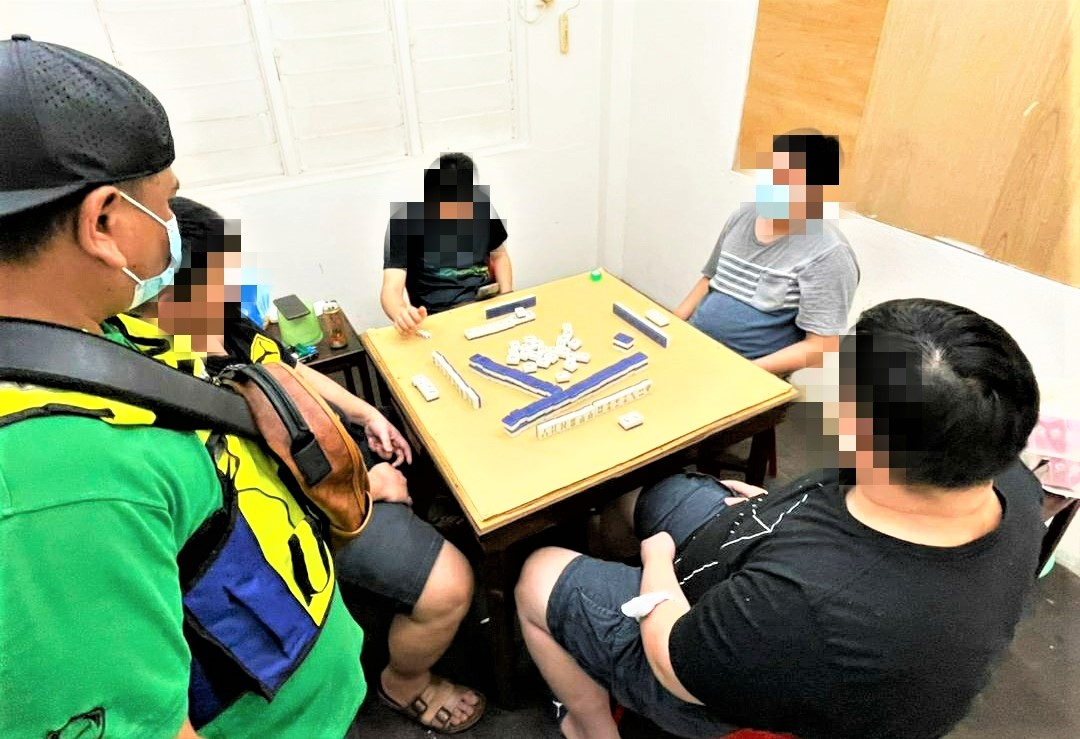