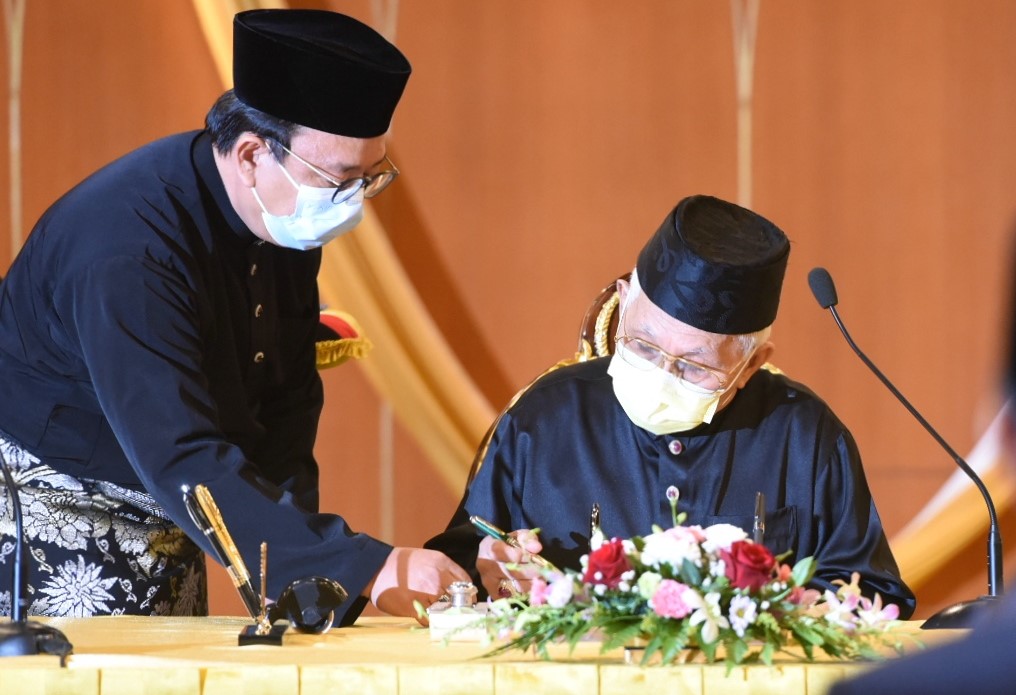 Taib sworn in for third term

KUCHING: Tun Pehin Sri Abdul Taib Mahmud was sworn in as the Yang di-Pertua Negeri (Governor) for a third term at the State Legislative Assembly (DUN

The swearing-in ceremony started at 3.48pm with the Premier of Sarawak Datuk Patinggi Tan Sri Abang Johari Tun Openg reading out the instrument of appointment of the Head of State.

Shortly after, Taib took his oath of office and later signed the Oath of Appointment Letter and the Proclamation Letter in the presence of Chief Judge of Sabah and Sarawak Datuk Abang Iskandar Abang Hashim witnessed by Abang Johari.

Earlier, Taib inspected a guard of honour from the 10th Battalion of the General Operations Force (PGA) at the DUN compound.

Taib, is the seventh Head of State and with his reappointment, he will serve for a period of two years.

He had earlier received the instrument of appointment to continue his service from the Yang di Pertuan Agong Al-Sultan Abdullah Ri’ayatuddin Al-Mustafa Billah Shah at Istana Negara, Kuala Lumpur on Feb 28.

Tupong farmers to benefit from assistance 0