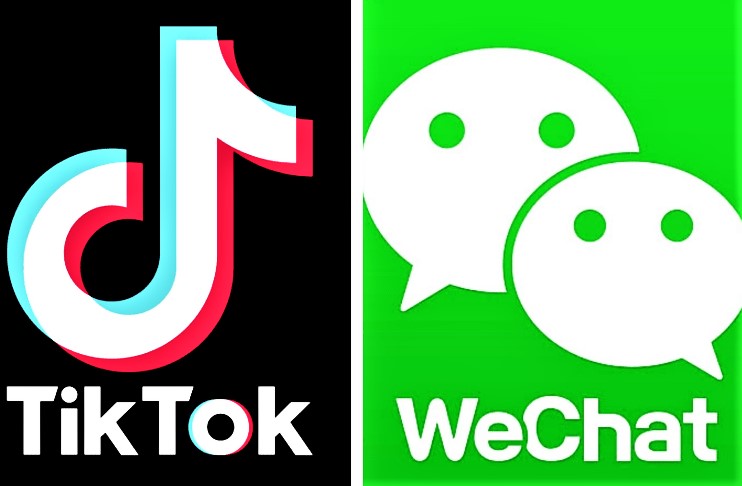 WASHINGTON: The US ban on Chinese-owned apps WeChat and TikTok sets up a pivotal legal challenge on digital free expression with important ramifications for the global internet ecosystem.

Critics said that while the security risks were unclear, the sweeping ban of popular online platforms raises concerns about the government’s ability to regulate free expression under the US constitution’s First Amendment.

“It’s a mistake to think of this as (only) a sanction on TikTok and WeChat. It’s a serious restriction on the First Amendment rights of US citizens and residents,” said Jameel Jaffer, director of the Knight First Amendment Institute at Columbia University.

Hina Shamsi of the American Civil Liberties Union agreed that the order poses constitutional questions and called it an “abuse of emergency powers” by Trump that creates more security issues than it solves by blocking app fixes and updates.

The ban set to take effect Sunday prohibits downloads of TikTok, a popular video-sharing app with some 100 million US users, and WeChat, a Chinese super-app used for messaging, shopping, payments and other services, with some 19 million users in the United States.

Officials said WeChat’s functionality would be affected immediately after the ban takes effect, even though some services might still work.

TikTok is expected to function through November 12, the deadline set under an executive order by Trump, but users would not be able to download updates to the video app.

The move ratchets up the pressure on TikTok parent firm ByteDance to strike a deal with a US partner that would allay Washington’s data security concerns, with Silicon Valley tech giant Oracle in talks to be part of a group that would put TikTok in American control.

“Trump’s decision is likely further to splinter the internet,” said Darrell West, director of the centre for technology innovation at the Brookings Institution.

“It will encourage other countries to retaliate against American companies and raise their own security concerns against foreign firms. The result could be several different internets based on the country of origin.”

Facebook-owned Instagram chief Adam Mosseri voiced similar concerns, tweeting that “a US TikTok ban would be quite bad for Instagram, Facebook, and the internet more broadly”.

Mosseri added that “most of the people who use Instagram are outside the US, as is most of our potential growth. The long-term costs of… countries making aggressive demands and banning us over the next decade outweigh slowing down one competitor today.”

Legal challenges have been filed by TikTok and WeChat users in the United States seeking to block the expected shutdowns.

Vanessa Pappas, the interim head of TikTok, said the challenge “is certainly bigger than TikTok alone”.

“I truly believe this moment will have a profound impact on our industry and shaping the internet for years to come,” Pappas said in a tweet.

Robert Chesney, a University of Texas professor of constitutional law, said the lawsuits face an uphill battle and that courts have generally allowed presidents to exercise emergency powers to impose embargoes.

Chesney said there is a “First Amendment element” to the lawsuits, but that the bans related to business transactions of the tech firms are still subject to national security review.

“They have a right to free speech, but that doesn’t give them the right to set up a business using US infrastructure,” he told AFP. – AFP

Biden team says US will not lift travel bans, despite Trump statement