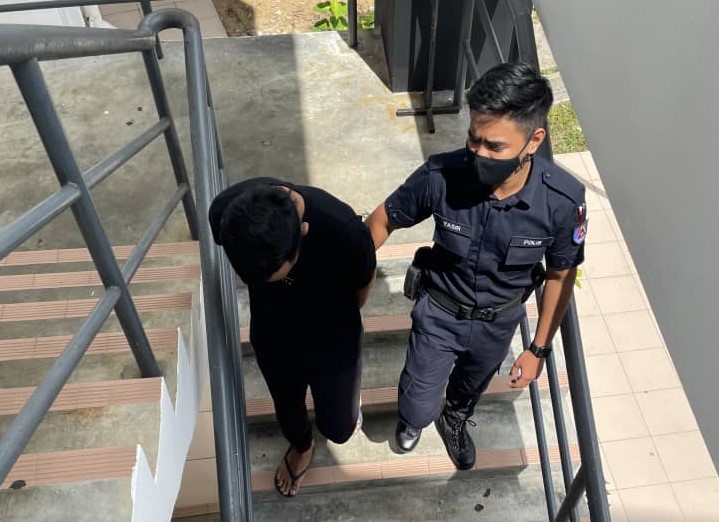 KUCHING: A local youth was charged at the Sessions Court here today for possessing 135g of cannabis on Jan 29. The accused Iqmal Zachry Kamal plea

KUCHING: A local youth was charged at the Sessions Court here today for possessing 135g of cannabis on Jan 29.

The accused Iqmal Zachry Kamal pleaded not guilty to the charge which was read out by an interpreter before Judge Jason Juga.

Based on the charge sheet, the 29-year-old was allegedly found in possession of 135g of cannabis at Jalan Bintawa Tengah here around 2.40pm on Jan 29.

The accused is charged under Section 6 of the Dangerous Drugs Act and is punishable under Section 39 (2) of the same act, which carries life imprisonment and not less than five strokes of the cane, if convicted.

Deputy public prosecutor Nurfadzlin Mahmad Zulhasnan did not offer any bail to the accused who was represented by counsel Osman Ibrahim.

The court ordered the accused to be further remanded until re-mention for pre-trial case management on March 17.

Apart from that, the accused also faces two charges in the Magistrate’s Court for using force and refusing to cooperate during a police inspection in a roadblock at Jalan Bintawa Tengah here on Jan 29.

He also pleaded not guilty to both charges which were read before Magistrate Zubaidah Sharkawi.

According to the first charge, the accused allegedly used criminal force against a policeman named Constable Mohd Ariff Mohd Noor while performing his duties as a civil servant.

He was charged under Section 353 of the Penal Code which carries a jail term of two years or a fine or both, if convicted.

For the second charge under Section 186 of the Penal Code, he was accused of deliberately obstructing the duties of a civil servant by refusing to cooperate during the inspection until he was arrested by the police.

It carries a jail term of up to two years or a maximum fine of RM10,000 or both, upon conviction.

The court allowed the accused a bail of RM2,000 with two local sureties and set re-mention for pre-trial case management on March 14.

Limbang only division that is rabies-free