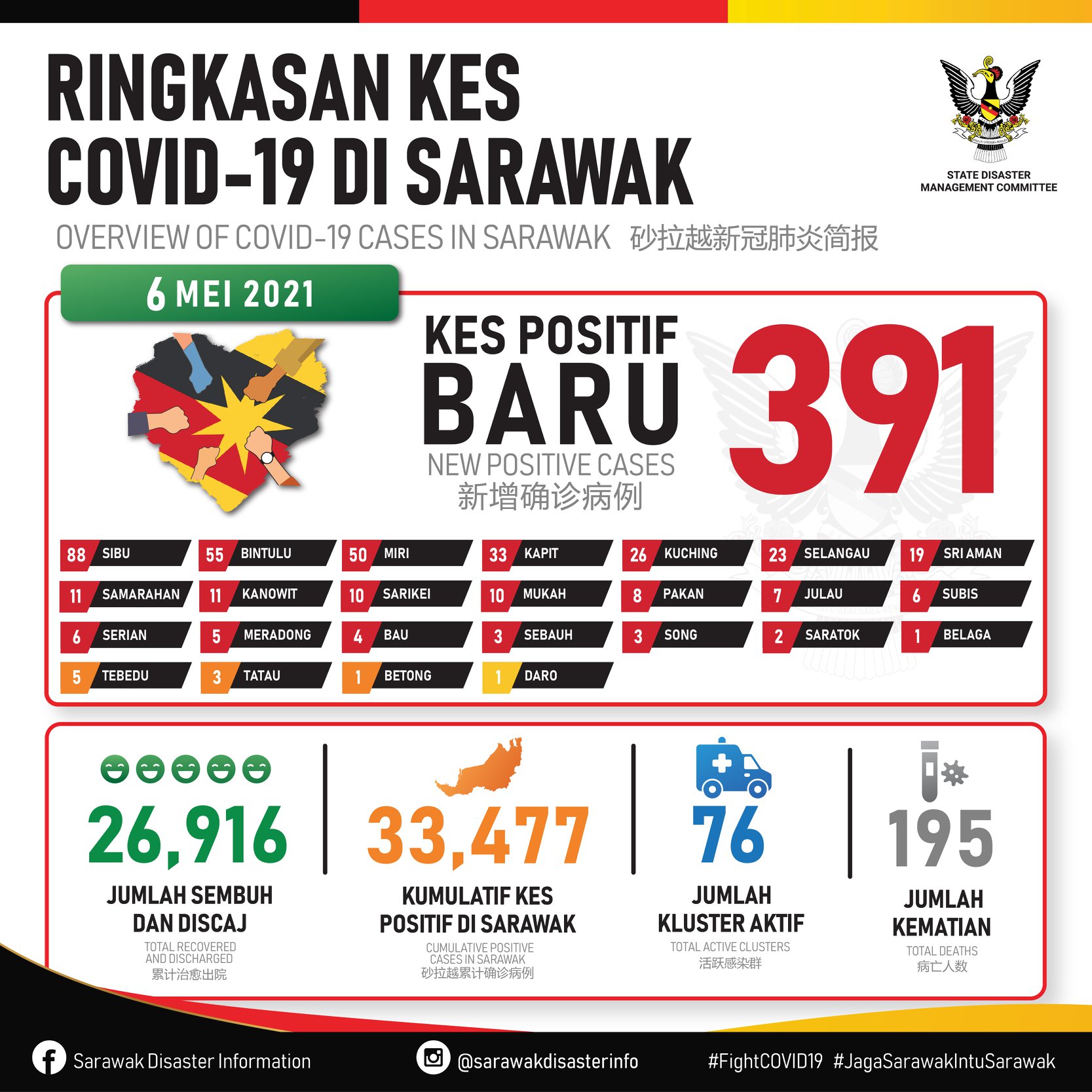 The State Disaster Management Committee (SDMC) said that 64.45 percent of the new cases were detected in Sibu, Bintulu, Miri, Kapit and Kuching districts.

“Of the 391 new cases reported, 58 showed signs and symptoms of Covid-19 infection during the screening while 308 were those who have been given quarantine orders,” SDMC said.

Today 398 new cases had recovered and discharged from hospitals in the state.

It also pointed out that 6,288 active cases were still being isolated and treated at PKRCs and hospital wards state-wide.

“396 new person-under-investigation (PUIs) were reported and no PUIs were waiting for laboratory test results,” it said.