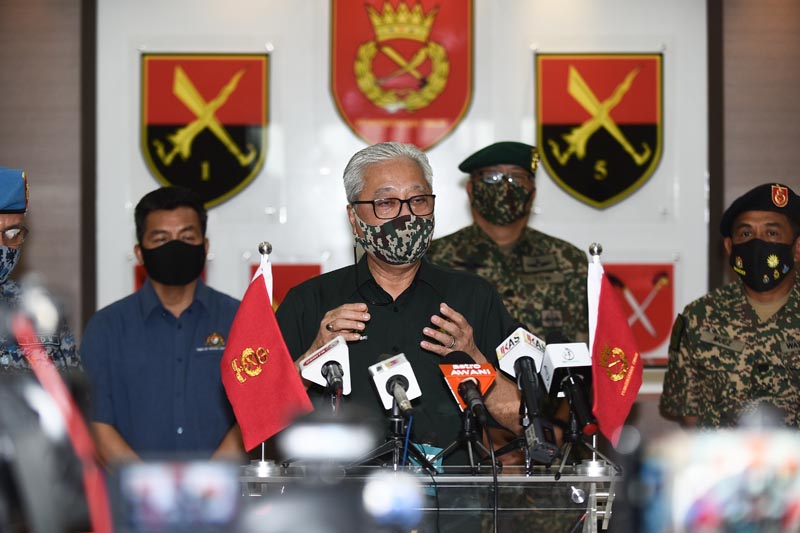 KOTA SAMARAHAN: Four Combat Medic Vaccination Teams (CMVTs) will be deployed simultaneously from June 18 to July 27 to carry out Covid-19 vaccinations in the interior areas of Sarawak.

Senior Minister (Security Cluster) Datuk Seri Ismail Sabri Yaakob said so far, three rural areas in Limbang, Kapit and Sibu had been identified for the vaccination programmes by the teams.

He said that the establishment of the teams was aimed at easing the vaccination process for the rural folk.

“For places that are difficult to access, we will send the vaccines by helicopters, river services and trucks.

“School halls and public halls in the rural areas will be used as vaccination centres while tents will also be put up,” he told a press conference at the Muara Tuang Army Camp yesterday (Saturday).

The minister added that the CMVT teams would consist of medical officers, paramedics and officers from the Ministry of Health (MoH).

“The teams will start moving on June 20 from Kuching to Miri before heading to Ba’kelalan,” he said.

Ismail Sabri also revealed that 734 people were expected to be vaccinated at the Buduk Nur Ba’kelalan Community Hall.

He added that the additional vaccination locations in the rural areas would include Kapit and Bario.

The minister revealed that a new field hospital, to be built in Labuan, was expected to start operating on June 27.

“This follows an increase in the Covid-19 cases in Labuan. The number of hospital beds is now at a critical state. We will mobilise the technical team on Tuesday (June 22) Combat Medic Vaccination Teams.

“The hospital will have 90 beds including four intensive care unit (ICU) beds and eight doctors including specialists and 30 paramedics,” he said.

Ismail Sabri added the location of the field hospital would be determined by the MoH.