The Orang Ulu is a collective name for the indigenous tribes living in the interior parts of Sarawak, mainly the Kenyah, Kayan, Kelabit, Lun Bawang, Penan, and so on. Though each tribe has its own language and culture, they also share some similarities in their arts.

Paintings, murals, carving, beadings, and sape’ music are usually the most recognised arts and crafts from the Orang Ulu tribes but there is another form of art which is not as widely known which is the verbal art of storytelling through songs or tekna’ in the Kayan language.

Tekna’ are usually sung after a long day in the longhouse. While the villagers relaxed and going about their other activities, such as weaving of mats or beading of sunhats, the tukang tekna’ (storyteller) would entertain the villagers with his stories. To encourage the storyteller to continue his tale, a chorus group or habe would echo back the last sentence of the song.

Recently, I had the privilege to listen to 19-year-old, Adrian Jo Milang taking the role of the storyteller and weaving his own tale. Held at Telang Usan Hotel, Kuching, I found Adrian’s melodiously haunting tunes and stories were perfectly intertwined with the venue’s Orang Ulu motifs which is part of the hotel’s interior decorations.

Composed specifically for that afternoon’s performance, Adrian sang the story ‘Tiger’s Son Comes to the Land of Cats’ which is about his adventure down the Keliman River – the great river of the world of the spirits – to the land of cats. Joining him in his performance were his own family; Huring Emang (grandmother), Anye’ Imut (granduncle), Hulo Laing (grand aunt), Ngo Laing (grand uncle), Do Busang (aunt), Milang Hajon (father), and Victoria Mujan (mother), and gave a truly authentic experience to all those who came to listen.

The performance took about an hour, with a short break in between. As the song was in the Kayan dialect, an English summary of the song was given to the audience though the actual performance probably varied as the song was an oral composition and it depends on the storyteller’s emotion as he sings.

It was a amazing sight to see a young man not only singing the traditional tunes of his heritage, but also composing and actively pursuing to learn about the other styles of singing in the other regions of Sarawak and Kalimantan, Indonesia where the Kayan tribe settled.

Adrian had his grandmother to thank for his intense passion for singing.

“One Christmas, I was attracted to the beautiful songs that my grandmother sang. I didn’t know what it was at that time but I recorded it. After that, everyday after I came back from school, I would listen to the recording on repeat,” Adrian narrated the earliest beginning of his tale of singing. “One day my grandmother found out and told me to stop listening to the song because it was not that good. Instead, she told me to listen to my late grandfather’s songs instead.”

The more he listened to the songs, the more his passion for tekna’ grew and it consumed him. At the age when a child crosses over into adulthood, 13-year-old Adrian found himself on the veranda of his longhouse, listening to his grandparents singing the Kayan songs. It was a dream, of course, because his grandfather had passed away 6 years before Adrian was born.

When he narrated his dream to his grandmother, she told him that this meant that he was called to sing. His family was also very supportive and encouraged him in his pursuit to learn more about tekna’ and other verbal Kayan arts because there were very few people who were interested in doing it.

According to him, tekna’ is barely sung and performed nowadays.

“I hardly hear anyone sing it anymore but we have tapes to listen to. Most of the tukang tekna’ are now very old so their vocal chords are not as good as it was before so they would prefer us to listen to the old tapes of them singing when they were younger,” Adrian explained.

The Kayans of the Tubau, Balui, and Baram areas have different tunes and phrases when it comes to singing. Adrian personally travelled to these areas to learn and find the connection between the different styles. Although the styles are different, he found that the phrases used in the songs are similar.

Preserving heritage and culture is no easy task, especially when there is a lack of interest and investment to preserve the verbal arts.

“I asked my siblings to join me in singing but they are not interested, so what can I do?” he shared.

Despite that, Adrian is still very determined to pursue preserving his heritage and encourages his peers and the generation to come to actively try and preserve their own culture.

“I’ve seen a lot of culture dying away and no one saving it. I know it is a hard thing to learn but our culture needs to be saved now. If not now, then when?” he urged.

Adrian offered special thanks to those who invested in keeping the verbal arts of the Kayan people alive and also to those who made the performance possible; Dora Jok of the Sarawak Museum, Louise Macul of Friends of Sarawak Museum (FOSM); Datin Valerie Mashman who first suggested the performance; Monica Janowski for her inspirational work with verbal art; Stephanie Morgan the editor; Datuk Tajang La’ing and Datin Devong from Uma Nyaving, Sungai Asap whose hospitality gave him time to compose the song; fellow guests Angelika Hulo and Lihaang of the Mendalam Kayans in Kalimantan; and to all his dear family and friends named in the tale. Adrian plans to continue his higher education in Malaysia by seeking degrees in folklore (comparative literature) and the musicology of South East Asia. 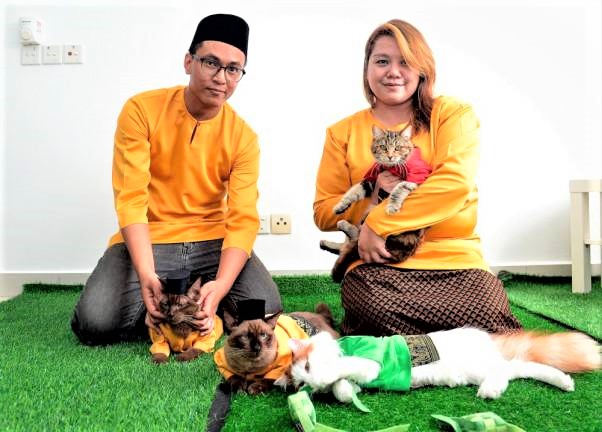