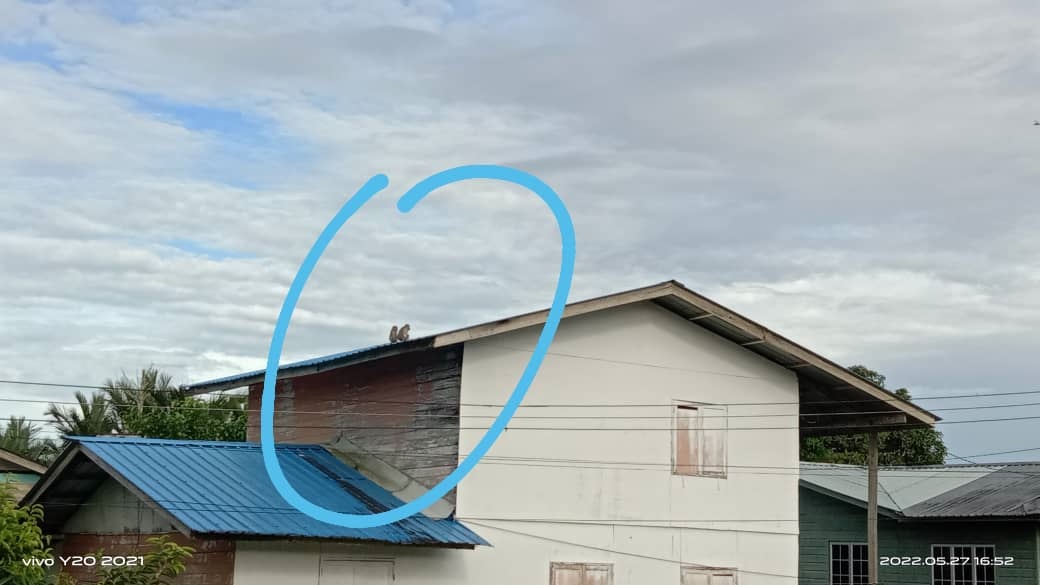 MATU: A woman at Kampung Tian Hilir here reported that she and her family were rudely awaked from their sleep when her father screams for help for th

MATU: A woman at Kampung Tian Hilir here reported that she and her family were rudely awaked from their sleep when her father screams for help for their living room.

“Who and what bit me?” she heard her father shouted.

Zarina Zakaria, 36, rushed to investigate and saw her 63-year-old father, Zakaria Rapaee, in writhing in pain. He said he had been bitten by a monkey that broke into their house.

The attack happened at 1 am last Thursday (May 26). Zarina, who was half awake and thought that her father was ill, turned on the lights.

I was shocked to see my father being bitten by a wild monkey. You see, he always sleep in the living room. Somehow, he managed to catch the monkey but his hand got bitten.

She said the monkey was very aggressive and attack her father repeatedly, although he hit it with a motorcycle helmet.

“The monkey fell under our house but continued to attack us, so my brother came with a stick and the monkey ran away.

“My father was taken to Daro Hospital by my brother early that morning,” she said, adding that her mother was close to her father during the incident.

Zarina said her father is now traumatised and still feels the pain where he was bitten on the head and hands. Now her father’s hand is still swollen from the injury.

“Yesterday, after my father took antibiotics, he went to sleep. When he woke up, he told me that he still felt some pain,” she said.

It turns out that the folk of Kampung Tian Hilir often wild monkeys roaming around on the roofs of their houses.

“They seem to be looking for food. This week alone, I found that many people had been attacked, including children who went to school in the early morning and children who returned from praying at night.

“I also wonder why are the monkeys do that and resort to bite humans at night, instead of during the day. I am now afraid to leave our house,” she said.

Many houses in the area, according to her, are located near rumbia trees and close to the river, while others close to a forest.

Officers from the Sarawak Forest Corporation (SFC) had been to the village to set up traps and visited her house to see the family’s situation.

Her father, who is a farmer, is now resting at home resting and taking medicine.

“Now that the rice growing season is over, he is often at home. I hope the authorities will install more traps. If the monkeys are not aggressive, they are not a problem,” she said.

EPF withdrawals should be the option of last resort 0