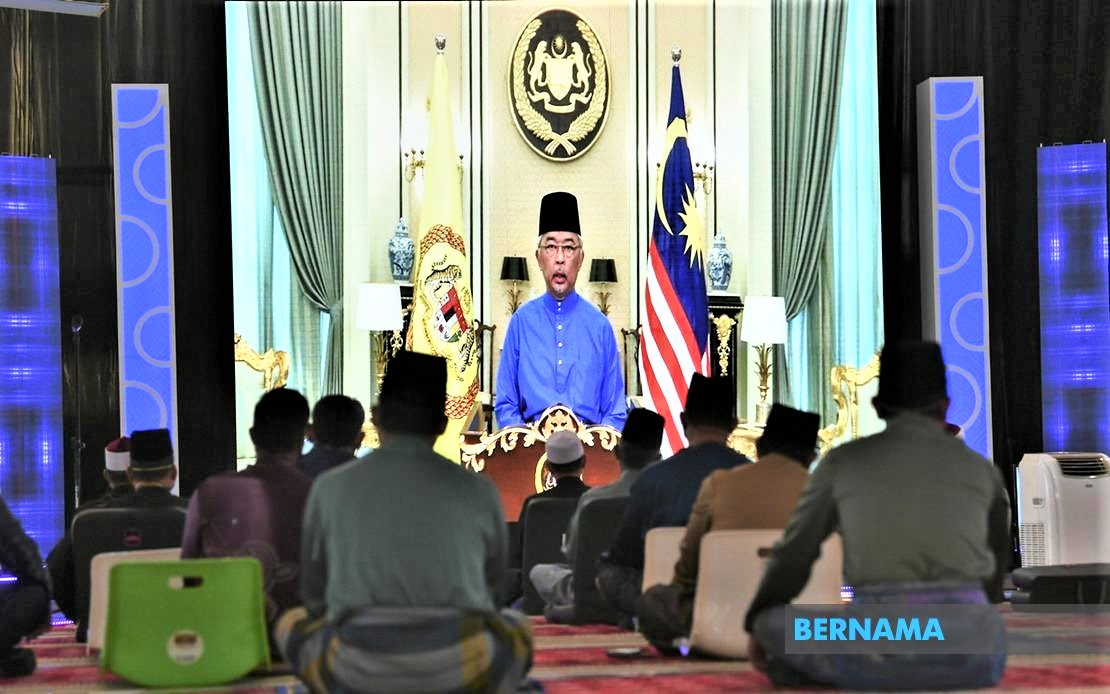 PUTRAJAYA: Yang di-Pertuan Agong Al-Sultan Abdullah Ri’ayatuddin Al-Mustafa Billah Shah tonight called on all Malaysians to be guided by the spirit of the Hijrah in battling the Covid-19 pandemic.

In his message in conjunction with Maal Hijrah tomorrow, His Majesty urged Malaysians to comply with the four-phase National Recovery Plan, which is a strategy to exit from the clutches of the pandemic.

At a hybrid celebration held at the Tuanku Mizan Zainal Abidin Mosque here, Al-Sultan Abdullah said the Hijrah (migration) had given a clear guide on the meaning of sacrifice and success.

In conjunction with this year’s Maal Hijrah theme, “Manhaj Rabbani Umat Berkualiti”, His Majesty called on Malaysians to rise together to strengthen unity, maintain health and adhere to the standard operating procedures (SOPs) for the sake of the country.

“I am confident that the country will emerge successfully from any crisis if everyone remains united and practises the admirable qualities of Prophet Muhammad,” said Al-Sultan Abdullah.

His Majesty said that among the noble qualities of the Prophet Muhammad that should be emulated is to be truthful in all words and deeds, honest, trustworthy and also wise in conveying the message.

The Sirah of the Prophet Muhammad clearly demonstrates that he was a highly ethical leader with noble traits, encompassing integrity, honesty and trust, that he was given the title of ‘Al-Amin’.

In terms of administration and decision-making, the Prophet Muhammad practised an open attitude and always listened to the thoughts of the people through the concept of ‘shura’(consultation).

“Because of that, Prophet Muhammad always opens space to conduct meetings, as well as to discuss and listen to views in every matter related to the welfare and well-being of the ummah,” said His Majesty.

The Prophet Muhammad’s traits which include ‘tawaduk’(humility) and always glorify the greatness of Allah, make him a leader who is not influenced by greed that can invite symptoms of corruption, deceit and selfishness, with worldly materials such as rank, wealth and position.

His Majesty said that the Prophet Muhammad has also strived to enjoin good and prevent evil deeds, and all that aimed at creating an environment that could stimulate an ethical administration of the country with noble values.

“These leadership characteristics have succeeded in forming an Islamic country that is held in high esteem and respected. Prophet Muhammad is the best role model to be emulated and followed by all Malaysians,” said His Majesty.

Al-Sultan Abdullah said “hijrah” and nation-building are closely intertwined with each other.

“Indeed, appreciating “hijrah” is not only able to shape noble values but it is also able to be the basis for the formation of a nation,” said His Majesty. – Bernama

Rakyat will not back parties attempting to topple gov’t