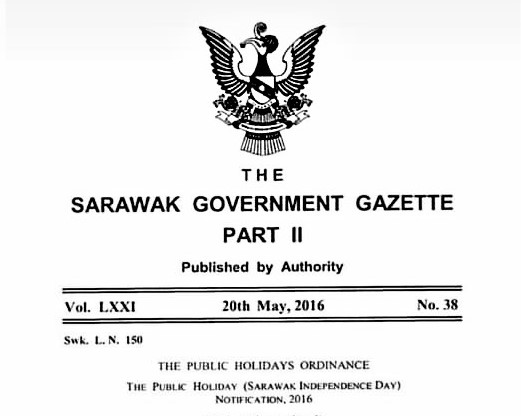 On the contrary, PBK president Voon Lee Shan deemed that call for amendment as an anti-Sarawak move.

Voon said for being anti-Sarawak, Sarawakians must vote out Chong and the DAP in the next state election.

According to Voon, the declaration of July 22 as Sarawak Independence Day by the late chief minister Pehin Sri Adenan Satem was to convince Putrajaya to give back Sarawak’s rights as enshrined in Malaysia Agreement 1963 (MA63).

Besides, he said, it was to give Sarawakians a day to remember that somewhere in history Sarawak did enjoy self-rule even though briefly.

He said today Sarawakians can be proud of the fact that July 22 is Sarawak Independence Day although celebrated as Sarawak Day.

“I am not sure whether Chong was speaking as a Sarawakian first when he said the declaration of independence by Adenan should be degazetted,” he said in a press statement yesterday.

On Friday, Chong who is Deputy Minister of Domestic Trade and Consumer Affairs urged the state government to amend the gazette notification that made July 22 as Sarawak Independence Day.

His statement came after the Sarawak Legislative Assembly (DUN) legal advisor Datuk Seri JC Fong came out with a statement that July 22 is not Sarawak Independence Day.

Chong said the amendment was to “avoid confusion”.