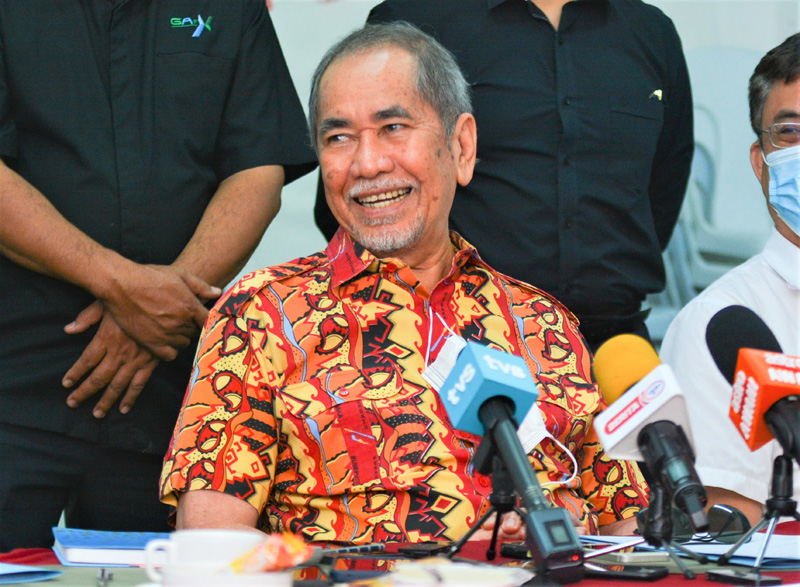 KUCHING: The Gabungan Parti Sarawak (GPS) Components Liaison Committee is identifying areas that need assistance as part of its preparation for the coming state election.

“It does not matter whether the area is under PBB, SUPP, PRS or PDP, this committee will recommend to the GPS top leadership on what the assistance required and should be given to these areas.”

He told reporters this after chairing the committee’s second meeting at the Santubong Parliament Service Centre, Jalan Kulas here today.

The PBB supreme council member further said that the committee was also looking into areas not represented by the coalition, meaning areas held by the opposition – Democratic Action Party (DAP), Parti Sarawak Bersatu (PSB) and the likes.

“We are looking at those areas in details and how to manage coordination issues with the areas on behalf of all component parties in GPS.”

Wan Junaidi, who is also the Minister of Entrepreneur Development and Cooperatives and Santubong MP, emphasised that the establishment of the committee was timely as the state election would be held soon in view of nearing the expiry of Sarawak’s 11th state legislative assembly (DUN) term.

“Sarawak DUN will end by June next year. This means the state election will happen at latest by that month.

“The election is the prerogative of the Chief Minister and GPS president, Datuk Patinggi Abang Johari Tun Openg.

“He will request to the Head of State Tun Pehin Sri Abdul Taib Mahmud to dissolve the state assembly before the state election can be held.”

When asked if Sarawak would opt to declare health emergency and postpone the state election, Wan Junaidi responded that he was not too sure whether the current situation was bad enough to be declared as emergency.

He explained that declaring an emergency usually involved threat to national defence and security matters.

“Personally, I believe the Covid-19 crisis can be handled provided that everybody work together by wearing face masks, practice social distancing and avoid being in crowded places.

“Therefore, it cannot be considered as an emergency. Yet again, of course the decision can still be made by the Yang di-Pertuan Agong Al-Sultan Abdullah Ri’ayatuddin Al-Mustafa Billah Shah to declare emergency.”

He pointed out that declaring an emergency was a bad move as it would cause the parliament and constitution to be suspended.

He also reminded that due to the declaration of emergency in 1969, for instance, Sarawak rights had been taken so much.

If an emergency was to be declared, he explained, it would be administered by a similar body like Majlis Gerakan Negara (Mageran) in 1969 where the body introduced a law called Emergency (Essential Powers) Ordinance 1969 that breached Sabah and Sarawak’s rights.

“Using the ordinance, they can breach everything; extend the state’s continental shelf, shorten the boundaries, extend mining act to Sarawak and Sabah and forgot about Article 2 of the Federal Constitution.

“They can overwrite it because the constitution was suspended. So history should not be repeated.”

Sibu Library to hold Day with Clients on Feb 5 0

Identity of lower half of a body remains unknown