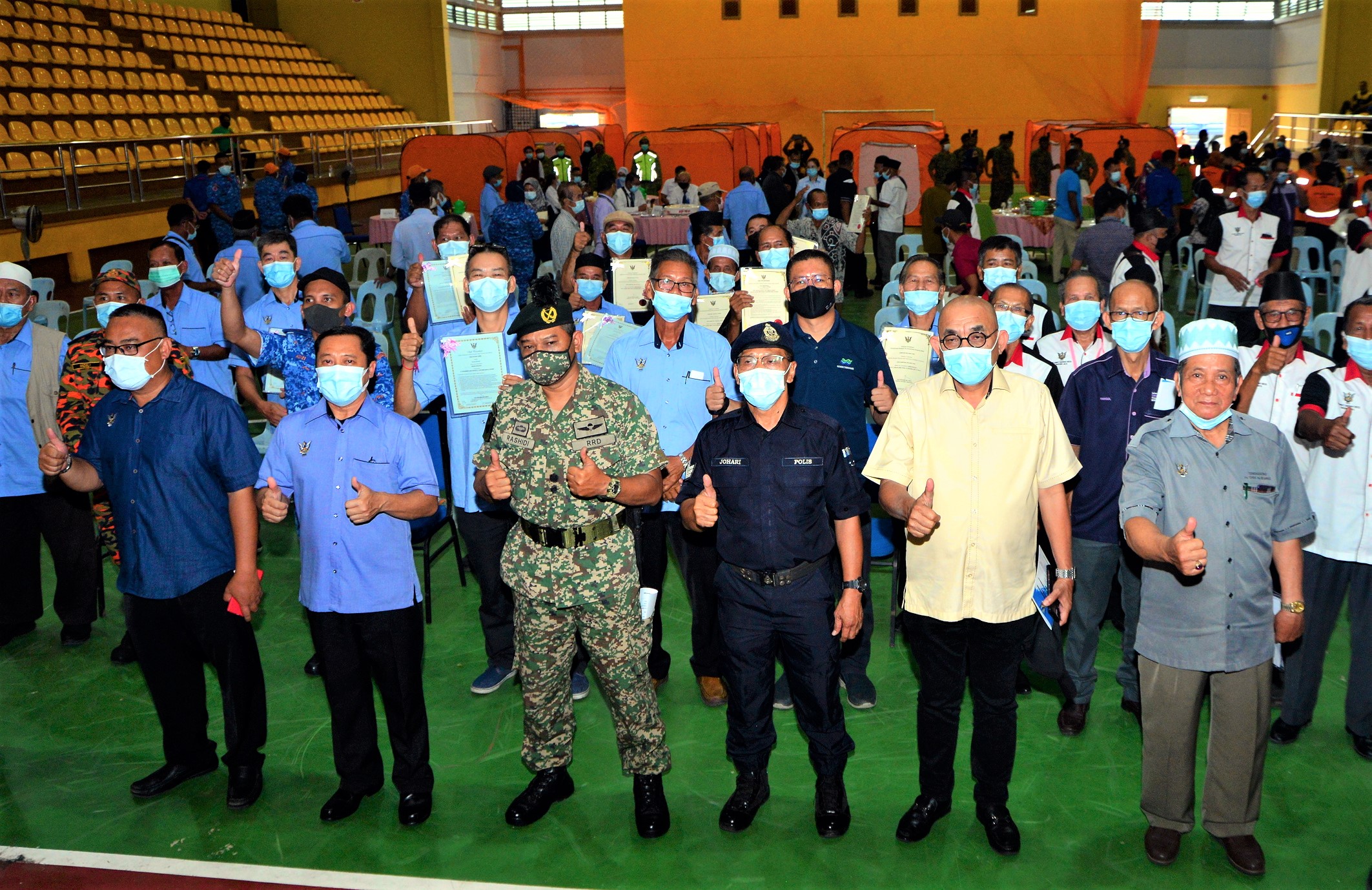 ASAJAYA: The Asajaya District Office, together with the Ministry of Health), Civil Defence Force (APM), Fire and Rescue Department, and Royal Malaysi

“With the clarification and briefing, we hope the KMKKs will inform the communities under their respective jurisdictions on the proper SOP when they are placed in PPS during the flood season.

“To prepare for floods, we typically shift our focus towards areas that are prone to flooding. However, this time we decided to include all KMKKs from Asajaya and Sadong Jaya districts,” said Asajaya district officer Rais Ahmat.

He told the press after the closing ceremony of the Simulation Programme on Tackling Floods in Asajaya District and handover of Letter of Appointment to community leaders and certificates to Village Security and Development Committee (JKKK) at the Asajaya Sports Complex here today.

He said apart from conducting temperature checks and registration at the PPS, additional SOP at PPS included isolating flood victims with Covid-19 symptoms in designated rooms to avoid transmission of the virus.

“Apart from practising a distance of one to two metres for each tent in the PPS, no cooking activities are allowed and packed food will instead be provided for the flood victims.”

Meanwhile, Rais revealed that among the areas at risk of flooding here included Kampung Semera and Kampung Tambirat as these villages were situated by riverbanks.

“Our main concern is when there is heavy rain during high tides that facilitates the occurrence of floods.”

On the PPS identified in the district, Rais said several schools, including the Asajaya Sports Complex and multipurpose halls in villages here, would be utilised.

“We have been in touch with the Samarahan District Education Department so that there will be no problem in evacuating flood victims when flooding occurs. This matter has also been informed to all agencies as we are in need of PPS.”

You could help us, Uggah tells his visitors