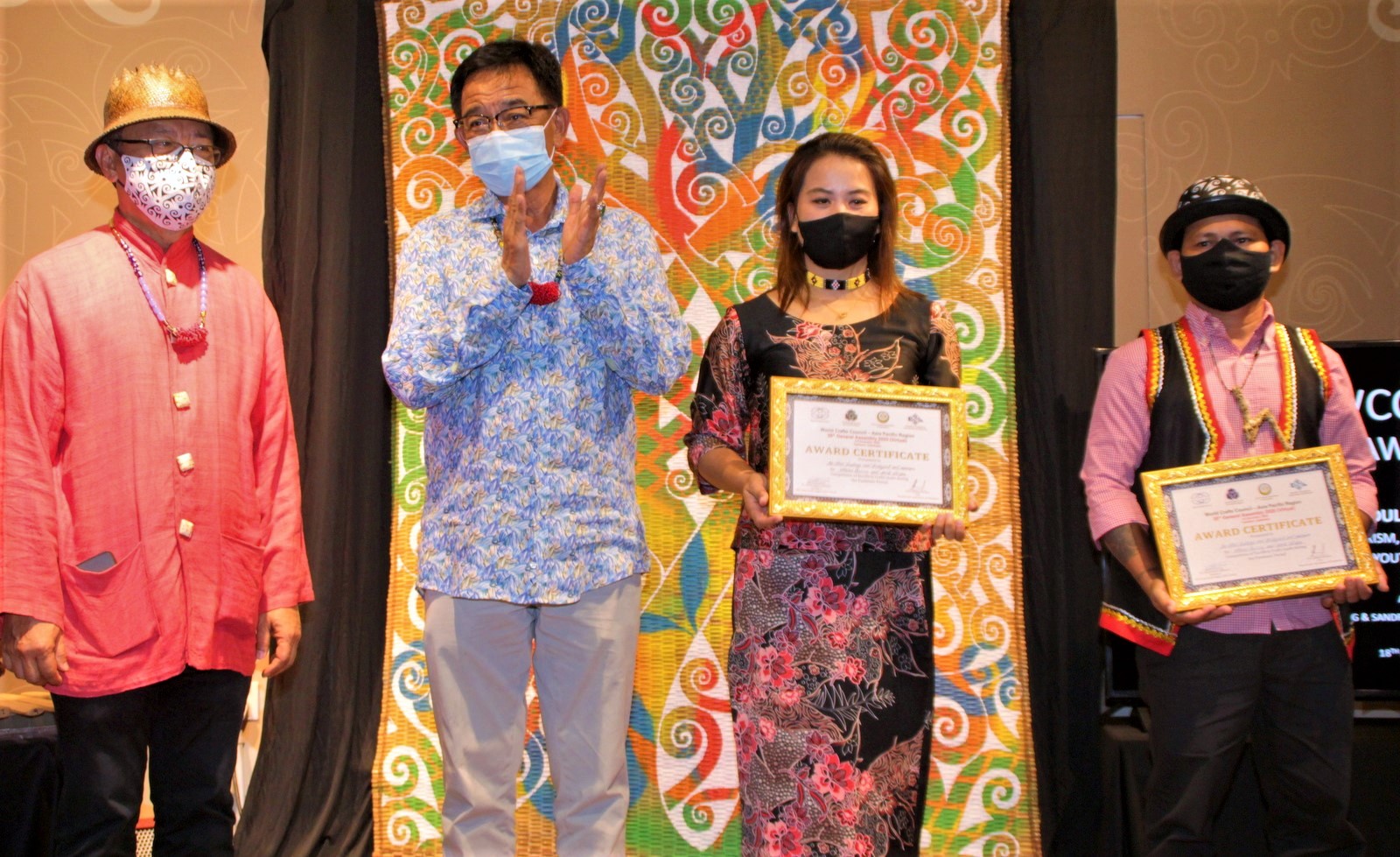 KUCHING: Two Bidayuh artists have made their community proud by winning the Excellent Craft Award from the World Crafts Council Asia Pacific during the recent 39th General Assembly hosted in Tashkent, Uzbekistan.

The duo was awarded for their creative and beautiful masterpiece entitled “The Glow Tree of Life”.

For their masterpiece, they used the “tikar gelasah”, a type of floor mat commonly made by the Bidayuh weavers in Serikin, plus a combination of Orang Ulu motifs painted on the rattan mat using glow paints.

“I am very happy to see that even during this Covid-19 pandemic, he has continued to execute new and beautiful works. The works were done in collaboration with the tikar gelasah mat weavers of Serikin led by Sandra,” he said.

He said during the restricted movement during the pandemic, it was commendable for local artists and craftsmen to have adapted by going “virtual”.

They were able to participate in many virtual international exhibitions, competitions and fashion weeks.

Through such publicity during this time of restricted travel, many potential international tourists were exposed to the beauty of the state.

“Many will consider Sarawak as a destination for their future travels,” said the minister.

Society Atelier of Sarawak President Eric Ong pointed out that the collaborative work that Abot and Sandra had done was not only a beautiful piece of art but an innovative one created during the Covid-19 period.

“This artwork was commissioned by the Society Atelier of Sarawak for the proposed Fibre Arts of the Asia Pacific Exhibition and Symposium scheduled in July this year as a programme of the Rainforest World Music Fringe Festival. Unfortunately, it was cancelled.

“The concept of elevating our Fibre Arts to another level of expression was our mission. The election of ‘glow’ is something that I was focusing on as a feature in this Fibre Arts Exhibition and which led me to collaborate with Abot,” he said.

Ong added he had known Abot for over 15 years. He described Abot as a very talented young man who was meticulous in his artwork, reliable and committed to delivering what he had accepted to do.

On the Fibre Arts of the Asia Pacific Programme which would be brought forward to next year, Ong said the exhibition concept would be “The Enchanted Forest of Sarawak”. He said it would feature more pieces of works and involve more artists.

Ong said the innovative designs that Sandra made with the tikar gelasah were now very much sought after, especially by Malaysians from the Peninsular.

“Sandra and her family have been supporting the community of mat weavers for decades. I believe that it is time that we truly recognise this Bidayuh craft as our intangible cultural heritage,” he said.