BETONG: A patient with congestive heart failure from Setambak Ili, here who is currently living in Negeri Sembilan is in need of RM15,000 to bear the cost of surgical treatment estimated at RM80,000.

Citing a story in a Facebook post by the Persatuan Anak Borneo Semenanjung (ABS), the man was identified as Nicholas Sandin Untai, 55.

He needs to settle the balance of the payment in the near future after being released from the hospital on April 15.

“I am suffering from congestive heart failure and have been admitted to KPJ Ampang Puteri Hospital.

“The cost of the surgical treatment is estimated at RM80,000 and I lack another RM15,000 to settle the hospital bill,” he said.

Nicholas currently lives in Taman Satria, Senawang, Negeri Sembilan with his wife and their 11-year-old son.

He is also said to have lost his job after the factory where he worked had relocated its operations to another country.

Thus, he has sought public help to cover the cost of his treatment at the hospital.

Any party wishing to donate can channel contributions directly to the Bank Simpanan Nasional (BSN) account number 1310029816402184 belonging to his wife Teresa Boniface Buan or via phone call at 0194867861. 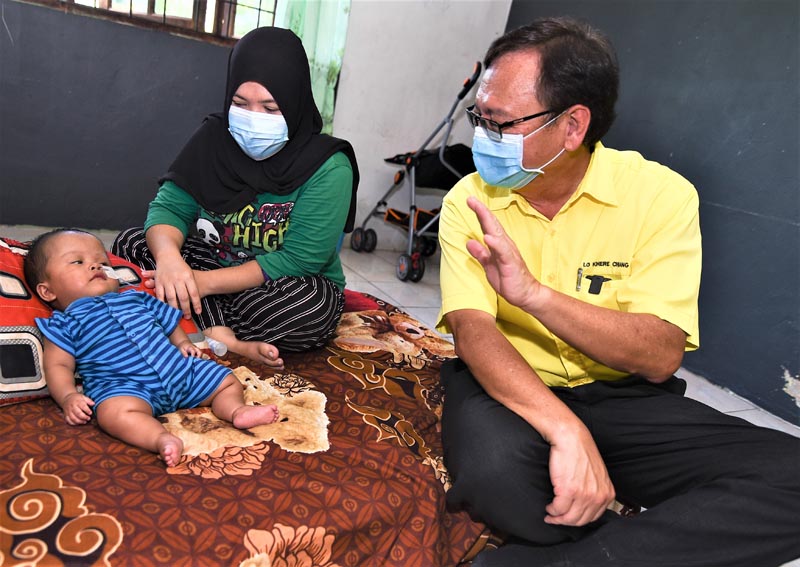