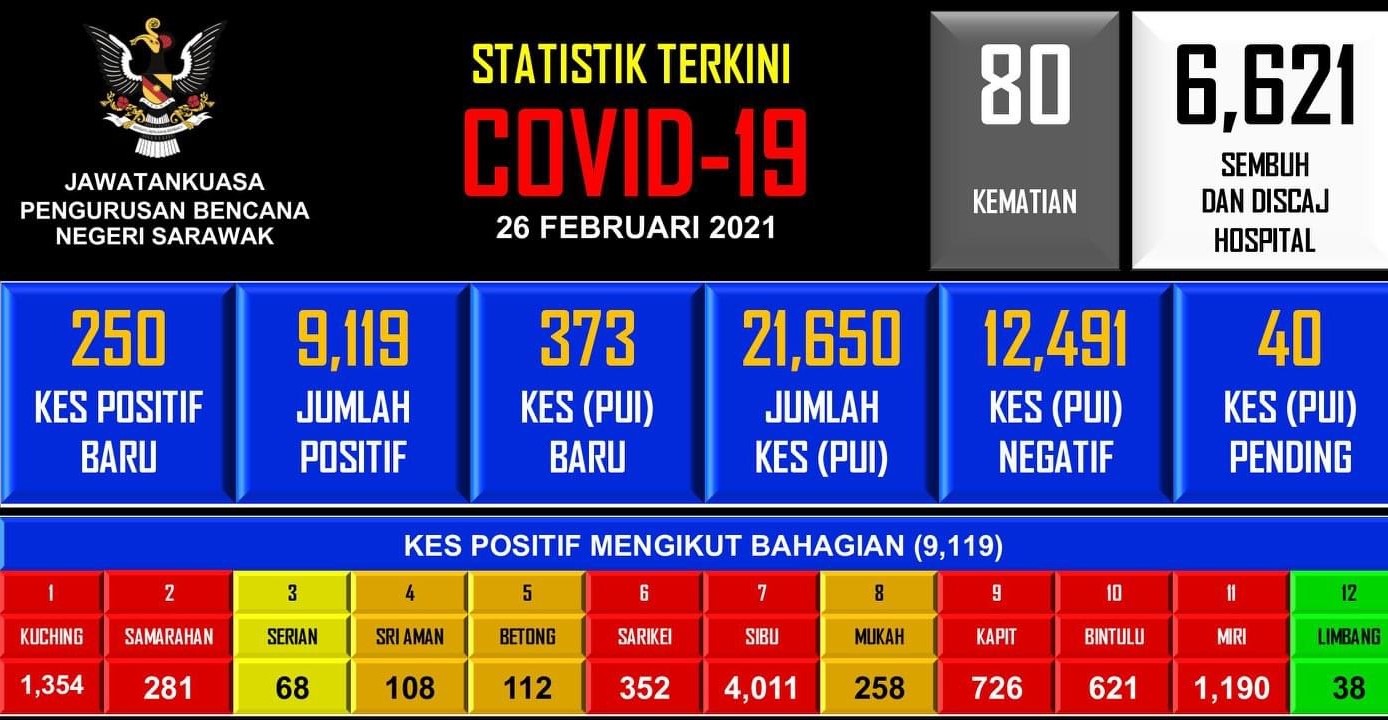 The cases in Kuching District comprised of 36 involving the Emperoh Jambu Cluster, five were other screenings at health centres, one was screened through active case detection (ACD), and one was a local who had returned from Kuala Lumpur – with the case categorised as an Import B case.

The 39 cases in Kapit District consisted of 27 from the Gelong Cluster, 11 were individuals screened through ACD, and one involved the Pasai Cluster.

Three of the four new cases reported in Samarahan District involved the Jalan Green Cluster and one was an individual who had returned from Johor. Most of the other cases reported in the various districts were detected through active case detection (ACD).

Meanwhile, there were 131 new recoveries who were discharged from hospitals in the state.

This brings the total number of recovered and discharged cases to 6,621 or 72.61 per cent of the total Covid-19 cases in Sarawak.

To date there are a total of 6,084 PUS placed at 86 hotels and quarantine centres statewide while 68,139 PUS have completed the quarantine period and allowed to return home.