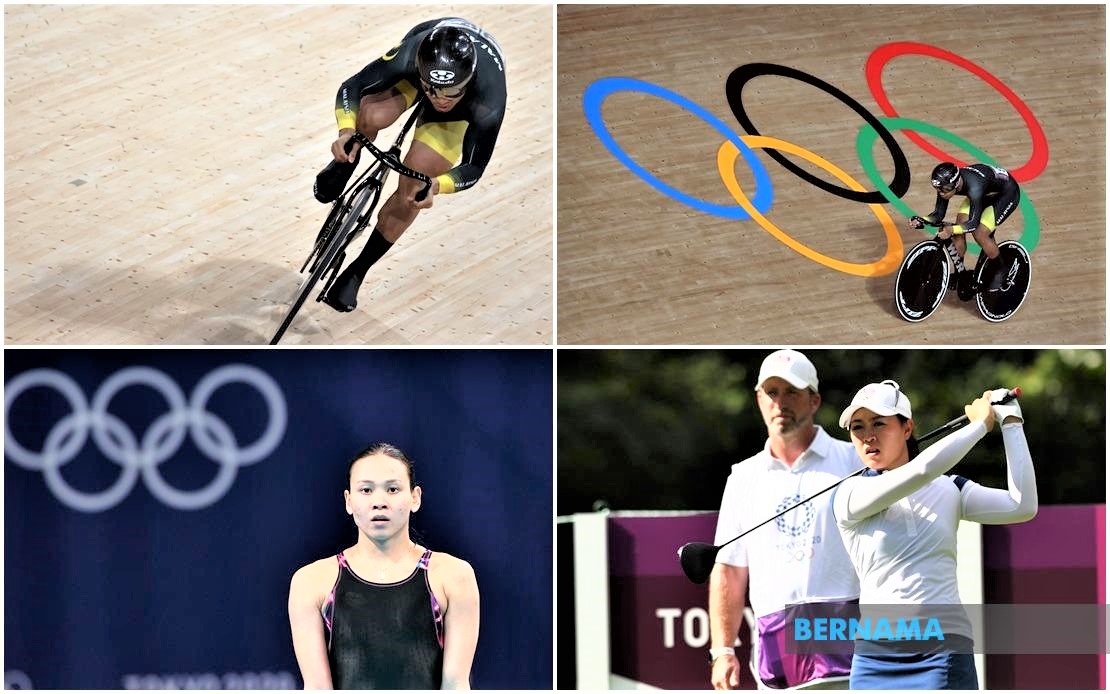 TOKYO: It was a suspense-filled Wednesday (Aug 4) for the national contingent before three national athletes managed to move into the next round of their respective events on Day 13 of the 2020 Tokyo Olympics.

The day of suspense began at the Tokyo Aquatics Centre, with national diver Pandelela Rinong leaving it late before confirming her place for Thursday’s (Aug 5) semi-finals of the women’s 10-metre (m) platform individual event.

The 28-year-old faced an anxious wait after her fifth and final dive, knowing there was a chance she could still miss out on the semi-finals as her overall position kept changing since there were a few others who had yet to complete their dives.

Thankfully, the Sarawak diver, who won a bronze in the event at the 2016 London edition, managed to sneak into the semi-finals as the 18th — and final — qualifier with 284.90 points from five dives.

The top 18 will now square off in the semi-finals at 10am local time (9am MYT) on Thursday before the best 12 battle it out in the final on the same day at 3pm local time (2pm MYT).

Meanwhile, Cheong Jun Hoong’s Tokyo Olympic mission ended in dismal fashion after she came in 26th position out of 30 divers with 251.80 points.

There were more nail-biting moments over at the Izu Velodrome in Shizuoka, about 175 km from here, too before national track cycling aces Datuk Azizulhasni Awang and Muhammad Shah Firdaus Sahrom managed to book their spots in the 1/8 Finals of the men’s sprint event.

It was no smooth ride for them either as they had to battle it out in the repechage rounds after losing in the 1/16 Finals of the event Wednesday evening.

Azizulhasni confirmed his ticket to the 1/8 Finals, after a tough win over Canadian Nick Wammes.

Muhammad Shah Firdaus, meanwhile, found himself having to race twice in Heat Three of the 1/16 Finals repechage round when he collided with Patryk Rajkowski, resulting in the Polish rider suffering a fall.

In the re-run race, Olympic debutant Muhammad Shah Firdaus, 25, had no problems overcoming Rajkowski to check into the 1/8 Finals.

A daunting task awaits Azizulhasni in Heat One of the 1/8 Finals on Thursday (Aug 5) as he is scheduled to face Dutchman Jeffrey Hoogland, who smashed the Olympic record of the sprint event when he clocked 9.215 seconds in the qualifying round earlier today.

Muhammad Shah Firdaus, meanwhile, will have a chance to avenge his defeat at the hands of Harrie Lavreysen, also of the Netherlands, in the men’s 1/32 Finals after both cyclists were pitted together again in Heat Two of the 1/8 Finals on Thursday.

The 1/8 Finals will be held at 3.48pm local time (2.48pm MYT). If they managed to overcome their opponents, the two national cyclists will then compete in the quarter-finals on the same day.

At the Kasumigaseki Country Club, national golfer Kelly Tan began her first-round action by sharing 41st spot with five others after carding a two-over 73 today.

The 26-year-old began rather badly when she bogeyed the first, sixth and ninth holes before showing a marked improvement to birdie the 11th, 14th and 15th.

However, a double bogey on the par-3 16th resulted in the Malaysian ending the first round in joint 41st place in a field of 60 golfers.

The second round will tee off Thursday (Aug 5). – Bernama

Pandelela makes it to semis