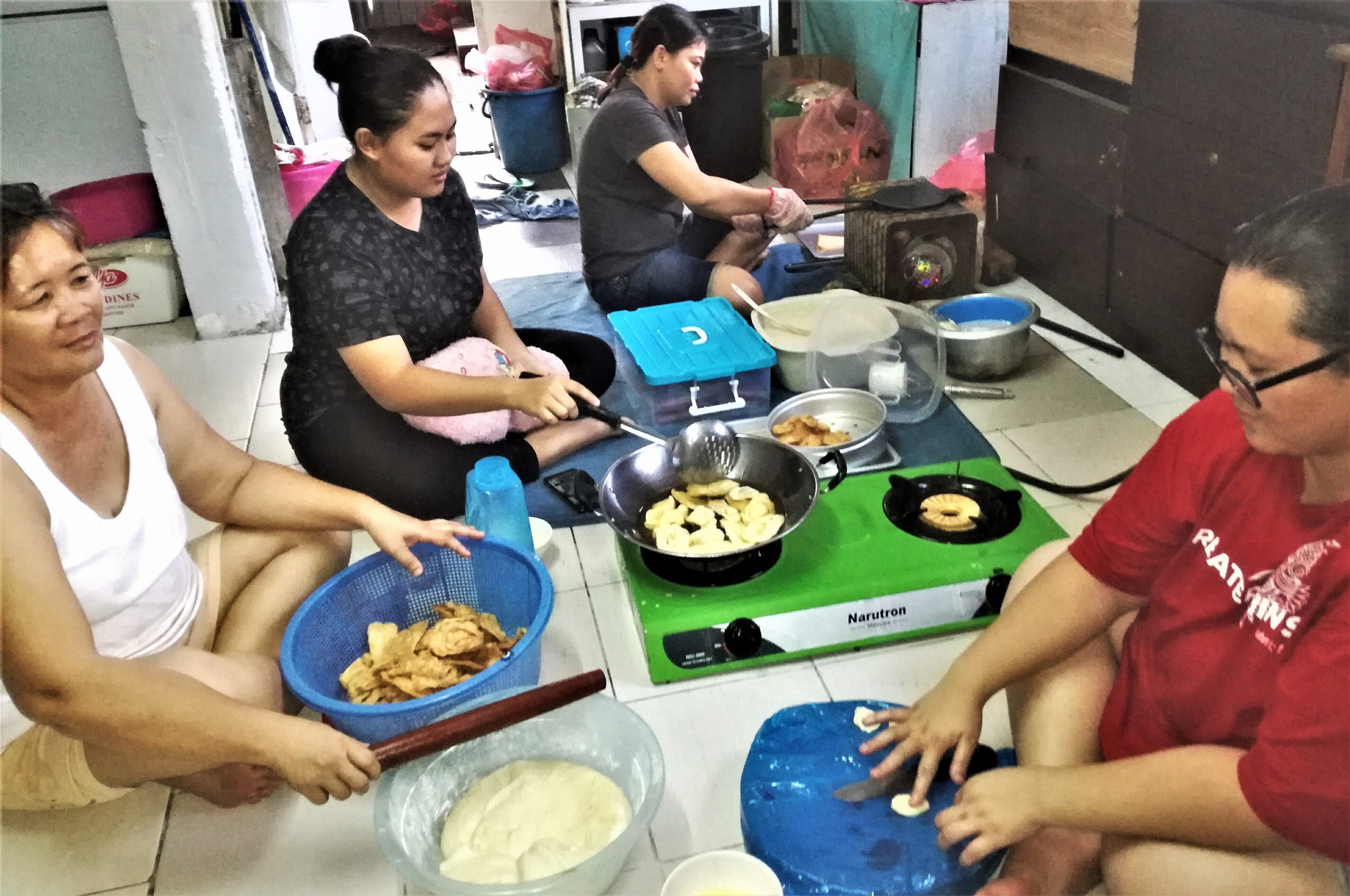 By Jay Watson
KUCHING: As Hari Raya Aidilfitri is here, the Dayak community in the city who are unable to return to their villages or longhouses are busy making cakes for the coming Gawai.

“I have been making these cakes with my daughter Mary Chin (25), granddaughter Aliciana Kian Ann (16), and in-law Ana Sandra Sindir (34) for the past three days,” she said when met at her house in Stapok, Batu Kawa here.

Angeng said normally they would make the cakes to be shared among family members only, but some friends were interested in ordering cakes from them, which led to her having to spend RM200 to purchase ingredients.

“Besides preparing these cakes, I also want to pass down the skills of making traditional cakes to my children and grandchildren so that it will not be forgotten,” she said, adding that the recipes were passed down from generation to generation.