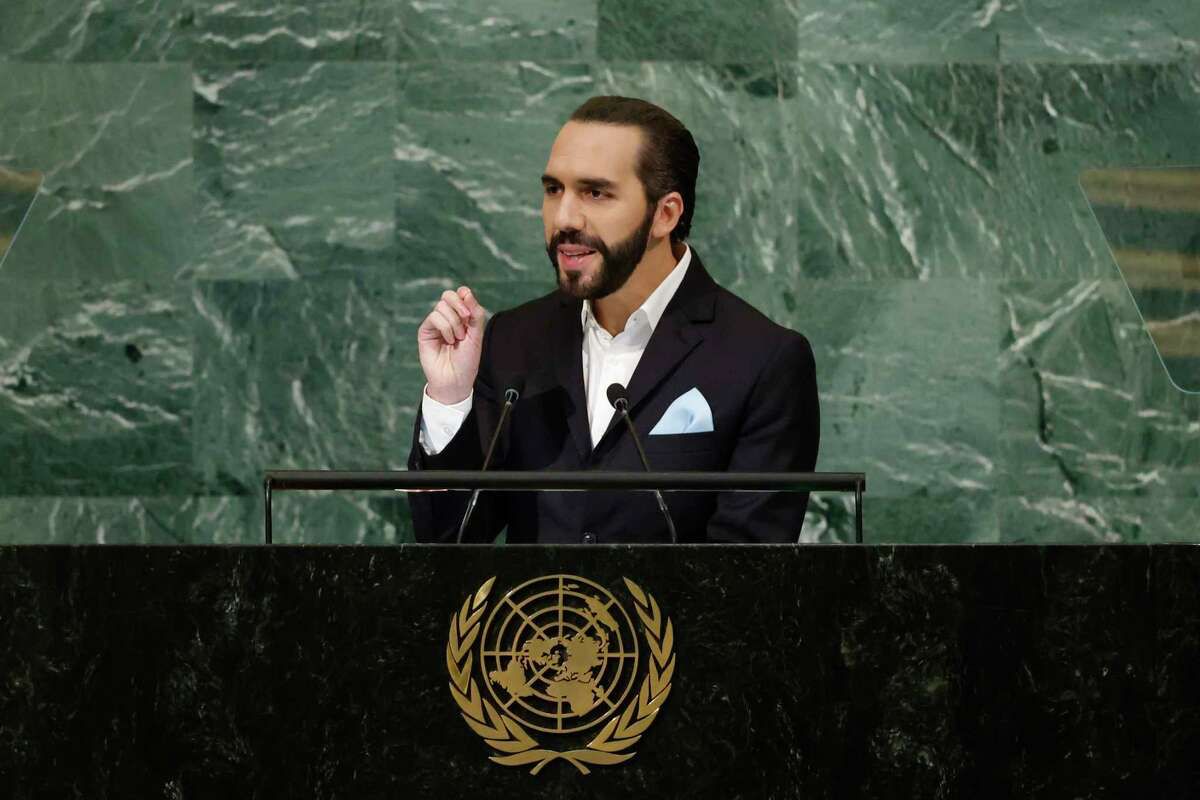 BOGOTA, Colombia: El Salvador’s president addressed the United Nations General Assembly (UNGA) on Tuesday in a speech in which he highlighted his country as going from being known as the most dangerous place in the world to being on its way to becoming the safest country in the Americas.

Nayib Bukele said those who knew the country before, knew it for the gangs, for the deaths, for the violence, for the war, Anadolu Agency (AA) reported.

“We went from that to being a country known for its beaches, for its volcanoes, for its financial freedom, for its good government and for having put an end to organised crime,” Bukele said in his speech, which he delivered in front of his 3-year-old daughter and wife, who accompanied him to the diplomatic event held in New York City.

In recent decades, the history of El Salvador has been marked by gang violence, with the country suffering from one of the highest homicide and crime rates in the world.

But since Bukele came to power, he has succeeded in lowering the country’s homicide rate by imprisoning more than 50,000 alleged gang members since March.

The move has drawn alarm from rights groups, who see the measure as an opportunity for Bukele’s government to curb individual liberties.

In his speech, Bukele also asked powerful countries not to get in the way if they do not want to help El Salvador achieve the freedom it is still struggling for.

He also said that in his opinion, the format of the UNGA is obsolete.

“I came here to stand on this podium in a format in which I no longer believe, to say something that most likely will not change the way in which powerful countries see the others,” he said in his 18-minute speech. – BERNAMA