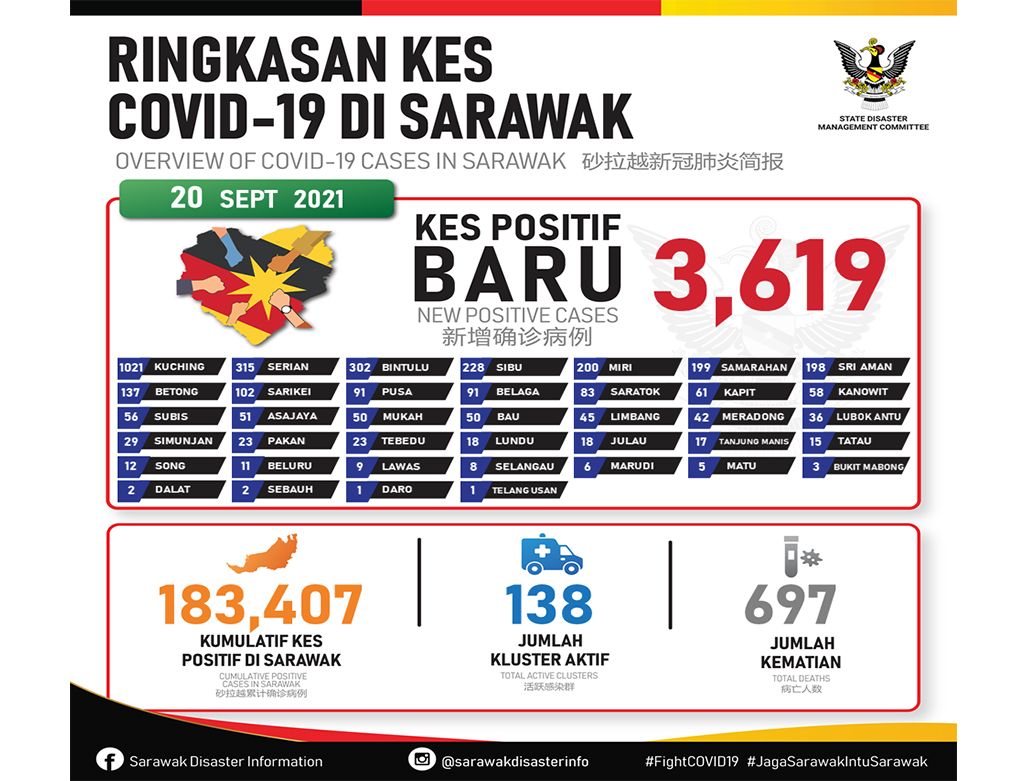 The State Disaster Management Committee (SDMC) said 3,611 of the newly registered cases fell into Categories 1 and 2 while eight cases were Categories 4 and 5.

It said Kuching registered the highest number of cases with 1,021, followed by Serian with 315 and Bintulu with 302.

The committee said eight new Covid-19 deaths were also detected from September 14 to 18, bringing the death toll to 697.

The committee noted that all the death cases had a history of comorbidities.

34 longhouses to get long-awaited water supply