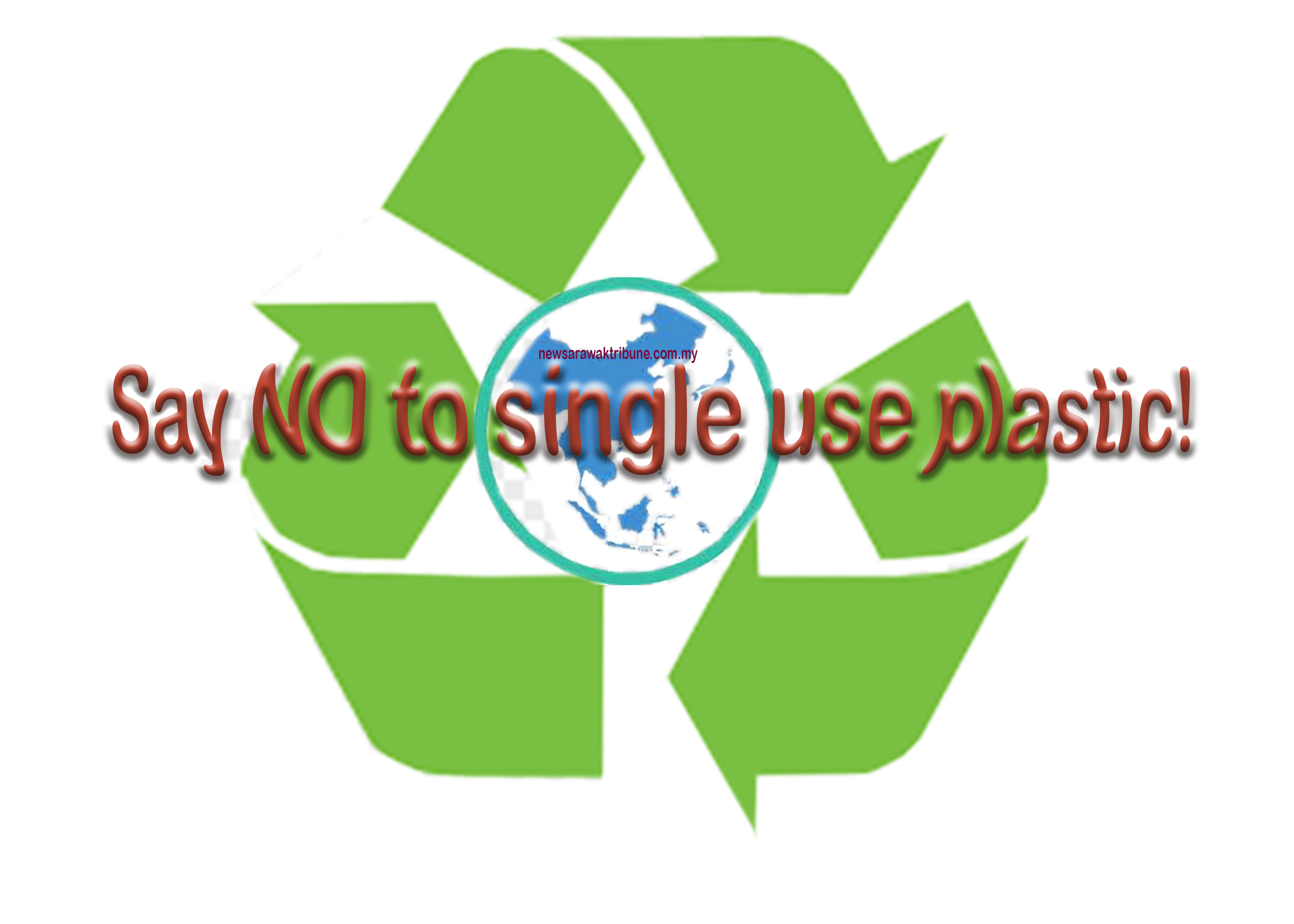 KUCHING: Plastic waste is a hazard to the environment as it can take up to decades for it to decompose, polluting our oceans, rivers and cities.

For example, how harmful can a plastic straw be? It can be very harmful, as seen in a video of a sea turtle which went viral on social media.

In the video, the sea turtle had a plastic straw wedged up its nostril. Fortunately for it, it was relieved of its torment as the plastic straw was carefully removed.

Now, can you imagine what millions of plastic straws alone can do to the creatures living in the ocean, caused by our single-plastic usage?

According to the Clean Malaysia website (cleanmalaysia.com), there are 230,000 tonnes of waste generated a day and in Kuching alone, 690, 000kg of waste is generated a day.

New Sarawak Tribune went to the streets of Kuching to interview members of the public on their awareness towards plastic waste and its harmful effect towards our environment.

Raziv Ramzon felt that the “No Plastic” campaign was only participated by a few individuals who really cared for the environment; they comprised a minority of youths and working adults who regularly checked the social media.

“We are still lacking in terms of awareness but still bit by bit, we can see a slow improvement in our future generation,” he pointed out.

According to Raziv, people who reject the “No Plastic” campaign because they think that it’s inconvenient for them.

“This is because we are used to the idea of using plastic without even noticing the impact it has on the environment. It takes time for the general public to get used to such initiatives,” he said.

He added that perhaps it was time to think about other solutions for this problem which could really affect the society.

Shazreena Ali, who’s in her late 20s, said, “People who are aware about plastic waste problems are usually university students, environmentalists and nature lovers. These people are passionate about saving our environment.

“If we look at Malaysia, our consumers here still rely on the use of plastic materials,” she said.

She added developed countries like Japan were very aware of the impact of plastic waste on the environment.

“Based on my experience at the supermarket there, instead of plastic they use boxes. You actually have to bring your own box for your groceries and if you don’t have one, you can buy it although you have to pack the items yourself.

“If we talk about environmental awareness here, the ‘No Plastic’ campaign is a good initiative. However, its success still depends on the mentality of the general public.

“The plastic waste issues are not only related to plastic bags, but also other various materials made of plastic.

“In my perspective, the fashion industry is among the highest contributors to the issues,” said Shazreena.

Meanwhile, from another perspective, Shikin Lous, 24, said it was time for new solutions and methods to be introduced to the public.

“Actually, the banning of certain plastic items such as straws was imposed since last year. However, the ban is not fully enforced here,” she said during an interview at a local supermarket here.

“As for me, I feel it is a hassle without the usage of plastic here. Usually, the supermarkets here will hold a ‘No Plastic Day’ on weekends but if you want a plastic bag, you have to pay 20 sen for it,” she explained.

“Since they are so cheap, I’m sure most members of the public will buy the plastic bags without a single thought.

“I think we need time to adopt the culture of ‘no plastic’ as it’s a difficult stand. We are already dependent on plastic that plastic waste’s effects aren’t that much of a concern here,” she said.

Meanwhile, in making the problem worse, Malaysia is plagued by the issue of illegal plastic waste brought here from other countries.

If today’s generation take time to understand the importance of the environment here and how hazardous plastic waste could be, then maybe one day our streets and shores will be clear of plastic wastes.