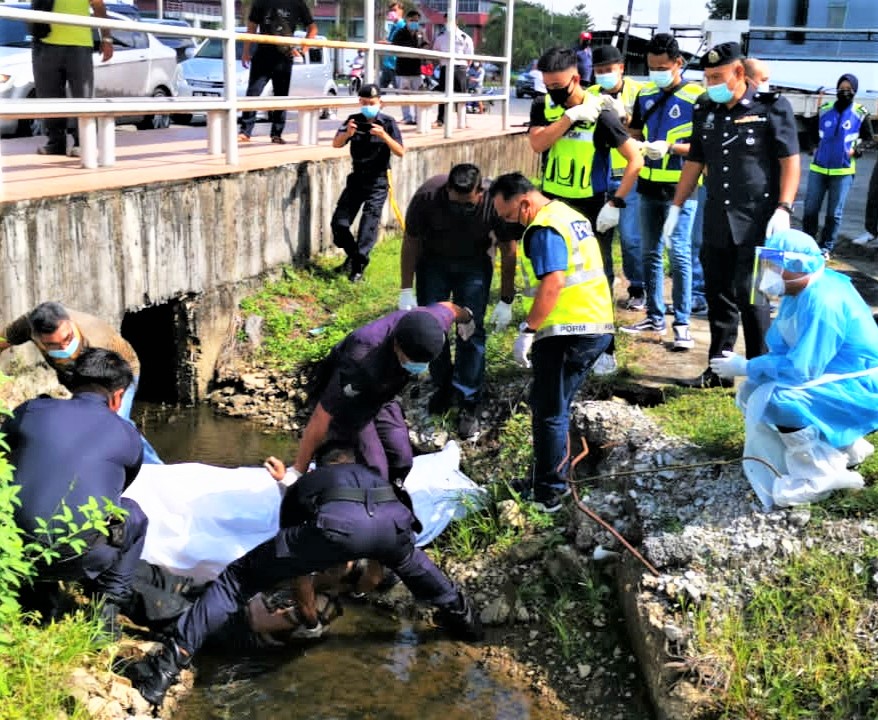 SIBU: The body of a senior citizen was found in a ditch at Jalan Lanang on Monday (July 26). Sibu district police chief ACP Stanley Jonathan Ringg

SIBU: The body of a senior citizen was found in a ditch at Jalan Lanang on Monday (July 26).

Lanang police received a distress call pertaining to the discovery of the man’s body around 8.30am.

“The body was in the ditch near the junction to Jalan Saga which is located on the main road of Jalan Lanang.

“The victim had black long pants and a patterned shirt on,” he said when met at the scene.

Initial examinations found that there were wounds on the victim’s right eye, right hand and right chest, believed to be due to a fall.

Following the examinations, the police reviewed a closed-circuit television footage from a petrol station which showed the victim walking from the direction of the city centre towards Hulu Lanang and suddenly collapsed before falling into the ditch.

“Paramedics from Sibu Hospital arrived and pronounced that the victim had died at the scene. His body was taken to Sibu Hospital for further action,” Stanley said.

He added that the case is being classified as sudden death.