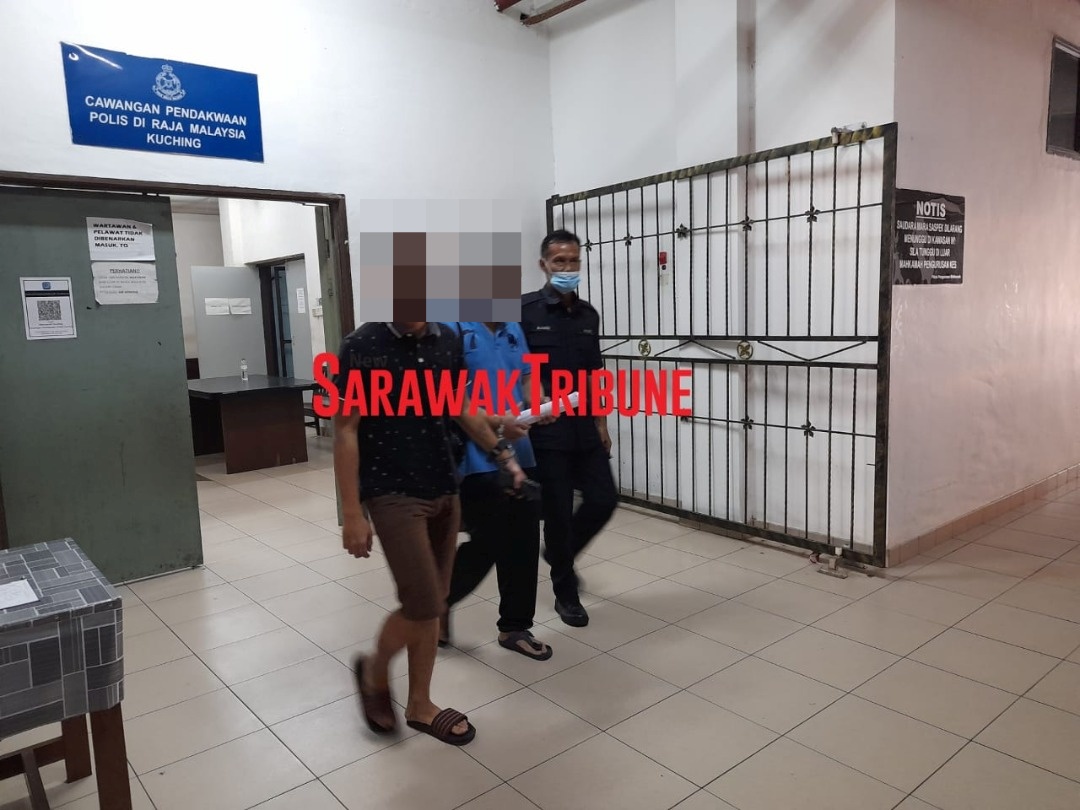 KUCHING: An Indonesian man was sentenced to two years in prison and three strokes of the cane by the Magistrates’ Court here today, for possessing 5.51 grams of methamphetamine last April.

Accused Muksin, 26, a farm worker pleaded guilty after a charge was read out by an interpreter in front of Magistrate Zaiton Anuar.

According to the amended charge sheet, he was charged under Section 12(2) Dangerous Drugs Act 1952 and punishable under 39A(1) of the same act, for possessing 5.51 grams of syabu.

He was allegedly in possession of the prohibited item in an unnumbered house, Kebun Durian Kampung Tematu, at about 3pm, 1 April.

According to the facts of the case, the police arrested a foreign man at an unnumbered house in Kebun Durian Kampung Tematu at around 3pm on April 1 for suspected drug possession.

The result of the inspection found 16 transparent plastic packets containing crystal pieces in a small bag belonging to the accused.

The items in the case were taken to the Malaysian Chemist Department and the chemical report confirmed that the material contained the drug syabu weighing 5.51 grams.

The prosecution of the case was handled by prosecuting officer inspector Merylene Lindan Andrew Mang while the accused was not represented by a lawyer.