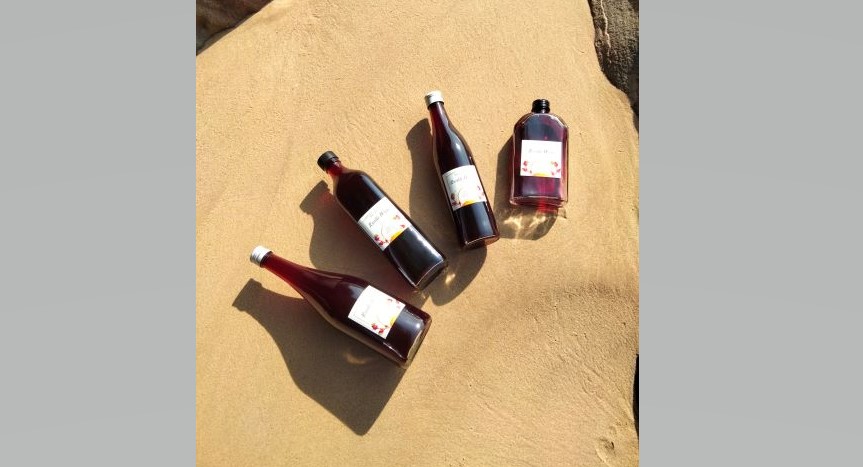 By Jacintha Jolene & Jasmine Badun To most people in the state when Gawai comes around, the distinctive Dayak rice wine tuak comes to mind.

To most people in the state when Gawai comes around, the distinctive Dayak rice wine tuak comes to mind.

Many know that tuak is served to welcome guests at a longhouse’s Gawai feast such as Gawai Dayak. And many are savouring its special flavour, thereby making the rice wine a real special treat during any longhouse function.

Today, the sweet alcoholic beverage is strongly ingrained in Sarawak’s Dayak culture and is sold prevalently in bars or served during other special occasions.

With creative and innovative ideas, tuak is now also available in various flavours, a phenomenon which opens many doors for business opportunities, as well as introduces tuak to a broader market.

For Pici Pamg, 24, her father has become her main influence and inspiration in tuak-making when leading her in the process.

Despite having seen her father making tuak for quite a while, she only started to get involved with tuak-making since late October 2021 in preparation for Christmas.

“Only at that moment then, did it spark my curiosity. As a father-daughter duo, my dad is an amazing storyteller and he would share with me the beliefs and customs of tuak-making from the olden days and the conversation that we had together made the experience much more meaningful to me as I got to learn in-depth the tradition of tuak-making,” she told New Sarawak Tribune in an interview.

According to Pici, she said the tuak-making process is inherited from her grandparents.

“Like every other Dayak family, my family from both sides of my parents has been brewing tuak for many generations.

“However, it was mostly brewed for festive seasons to serve the guests or relatives and we never had the intention to make it as a business,” she said.

Now Pici is a full-time tuak brewer for her brand, HelloTuak, which specialises in roselle tuak.

Besides that, she is also working as a freelance jewellery designer, making high fashion accessories for her jewellery line, ScarsByRaci, mainly focusing on handcrafting ear cuffs and body accessories for fashion photoshoots.

When asked about the challenges of the tuak-making process, Pici admitted that as a young tuak brewer who is still in an experimenting phase, some of the challenges she faces include the beverage not turning out as desired in terms of taste and sweetness.

“I learn that for every tuak flavour, there’re different ways to brew each one of the them.

“Since we produce the tuak in a small batch, we mainly source some of our raw materials such as the ragi (yeast) locally, and when they don’t have enough stocks for our order, we have to wait and stop producing for a while until we can get our hands on the material needed.

“We home-grow our roselle plant as well, and roselle trees do require delicate care as they could easily be attacked by fungi which may destroy the plant or slow down fruit production,” she shared.

For quality control, Pici pointed out that she follows the old beliefs and customs of brewing tuak, which is said to not open the barrel to see or check the fermentation process in two weeks as it will affect the taste of the result.

“Only after two weeks, then we can open the barrel and do some tasting.

“After adding the necessary ingredients, it will again be left for another week before we can do another taste test and packed it,” she added.

HelloTuak, which is roselle-flavoured tuak, is sold at prices ranging from RM25 (350ml) to RM55 (750ml) and provides four different types of bottles for customers to choose from.

For the Gawai celebration, HelloTuak currently has an ongoing promotion — with any purchase of three bottles (750ml), customers will get one free bottle of 350ml tuak and stocks are available for those willing to try.

Pici said she’s glad that people of all races and even foreigners do enjoy drinking tuak and they certainly get mostly busy during the festive season, especially on Gawai Dayak and Christmas.

She also strongly believes that every tuak-maker makes variety of flavours because the process of brewing is often unrefined and unpredictable.

“That’s what makes our tuak taste unique and becomes a signature to each of our own customers because it creates a charm to the taste for everyone to try and discover for themselves,” she said.

She elaborated that one thing to love about local brewers here is that they would always try to bring more flavours to the market.
“It’s interesting to see all of these new flavours and it just automatically sparks your curiosity to have a taste.

“We are still planning to bring in new flavours such as tuak tebu (sugarcane) and tuak nanas (pineapple) in the future,” she added.

Transformation of Tanjung Datu to continue 0

Aug 20 a purr-fect time to check out felines 0