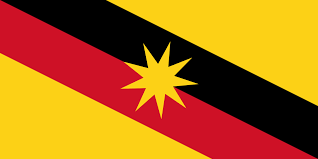 KUCHING: The restoration of Sarawak and Sabah’s status as equal partners with Peninsula in the Federation is just the beginning in the fights to claim other rights of the two territories.

The major step will initiate more movements in the wake of Sarawak and Sabah to claim what is rightfully theirs as enshrined in Malaysia Agreement 1963 (MA63).

Sarawak Patriots Association chairman Datuk Lau Pang Heng said, “We are pleased that the federal Cabinet decided to amend Article 1(2) of the Federal Constitution in the current Parliament sitting but that alone is not enough to restore the equal partnership between Sabah, Sarawak and the states in Peninsula.”

Lau continued, “It is the Federal Government’s responsibility to show concerns for Sabah and Sarawak and to provide fair financial allocations including sufficient funding for development of the two partners in Malaysia.”

“Without money, there is no equal partnership. Therefore, we call upon the federal government to enact a law to allow equal distribution of resources.

“Sarawak and Sabah are lacking behind in terms of development where we do not have MRT (Mono rail transit) to enable citizens to move around conveniently by public transport like the Peninsula has. We do not have air connections directly to international destinations so that foreign tourists can fly directly to Sarawak and Sabah without having to transit at KLIA,” Lau told the New Sarawak Tribune when contacted recently.

He also requested the government to amend Article 1(2) of the Federal Constitution which is to specify the territorial sea of Sabah and Sarawak to 12 nautical miles measured from baseline determined by Article 3 Part II of Article 3 of the United Nations Convention on the Law of the Sea 1982.

“In this way, the areas of the Malaysia partnership can be clearly specified,” Lau added.

He also stated that West Malaysia currently has 166 parliamentary seats whereas Sarawak and Sabah has a total of 56 seats.

“That means West Malaysia has more than two thirds of the parliamentary seats. Thus, Article 46 on the composition of House of Representatives needs to be amended so that it reflects equal partnership,” he said.

Meanwhile, Unimas lecturer Dick Lembang Dugun questioned the definition of having equal partnership which may affect more than just one Article in the Federal Constitution.

He said, “How will they implement all the policies especially on Petroleum Development Act 1974 which is blatantly depriving the rights of Sarawak and Sabah on their own oil and gas?”

“If the federal government has finally recognised Sabah and Sarawak as equal partners, it should also consider special budget allocations for the two territories,” he said.

“After the restoration of status of Sarawak and Sabah, there should be no more rhetoric on the implementation of certain policies as agreed in MA63,” Dick stressed.

In a Cabinet meeting on 6 March, the federal government has decided to amend Article 1 (2) of the Federal Constitution to restore the status of Sabah and Sarawak as equal partners with Peninsula Malaysia.

The announcement was made by Law Minister in the Prime Minister’s Department Datuk Liew Vui Keong who said that the amendment was scheduled to be tabled in the Parliament session which started on 11 March and it will need two-thirds majority support to be passed.