KUCHING: Sarawak will not be placed under the movement control order (MCO) as was widely speculated on Wednesday.

“After having a discussion with the National Security Council (MKN), it had been agreed that the districts of Kuching, Sibu, Bintulu, Miri dan Meradong will also remain under the CMCO rather than being placed under the movement control order.

“At the same time, SDMC will continue with the enforcement of enhanced movement control order (EMCO) in high risk areas,” he said at the Covid-19 update press conference today (Apr 15).

Uggah, who is also Deputy Chief Minister, explained that based on Sarawak’s experience, the implementation of CMCO with clear standard operating procedures (SOPs) and strict enforcement was more effective in curbing the spread of the pandemic.

“One of SDMC’s main concerns in the implementation of the MCO is the capability and effectiveness of enforcement in a wider area. This is based on the experience of the MCO imposed in Sibu from Feb 15 to Mar 1,” he said.

“We saw that there were a lot of complications in enforcement, so we shifted to implementing EMCO at hotspots. We have experienced success with this strategy, which is why we discussed with Kuala Lumpur – in Sarawak, we prefer to enforce EMCO in hotspots,” he added.

Uggah explained that the EMCO was easier to manage and enforce, especially in areas which were confined or concentrated.

He said when a village or longhouse was affected, the localities could be placed under lockdown immediately. This would help the security or enforcement authorities in implementing movement restriction more easily and effectively.

“Therefore, SDMC has declared EMCO at the Sibu Jaya flats and Rumah Sentosa in Sibu, as well as at 152 longhouses. To date, 144 EMCOs have ended and 10 are still ongoing,” he said.

He said with this approach, the EMCO had successfully reduced the number of positive cases and curbed infections in those areas without burdening economic activities in other areas.

“In Sarawak, SDMC has implemented 487 EMCOs since January this year and 401 EMCOs have been lifted. A total of 77,303 people have been screened in EMCO areas, whereby 4,573 tested positive,” he said.

SDMC has also delegated authority to the Divisional Disaster Management Committees (DDMCs) to conduct infection risk assessment in their respective divisions and recommend the most suitable SOPs to curb the pandemic.

Uggah said SDMC approved the SOPs issued by Bintulu and Sibu DDMCs, adding that the committees would know better of the situation in their respective divisions.

Touching on the uproar among Sarawakians when the MCO announcement was first made public by MKN on Wednesday, Uggah said such things could happen sometimes.

“Sometimes, these things happen. That is why we informed the public that we will make a clarification today. We hope we can avoid such misunderstandings later on,” he said.

On Wednesday, MKN had uploaded an infographic on Facebook at around 6pm stating that the districts of Kuching, Miri, Sibu, Bintulu and Meradong would be placed under MCO from Apr 16 to Apr 29.

The post was soon taken down. However, by then, the information had already gone viral across social media, causing much confusion among Sarawakians as to whether the MCO would be enforced in these districts.

One killed, five injured in collision 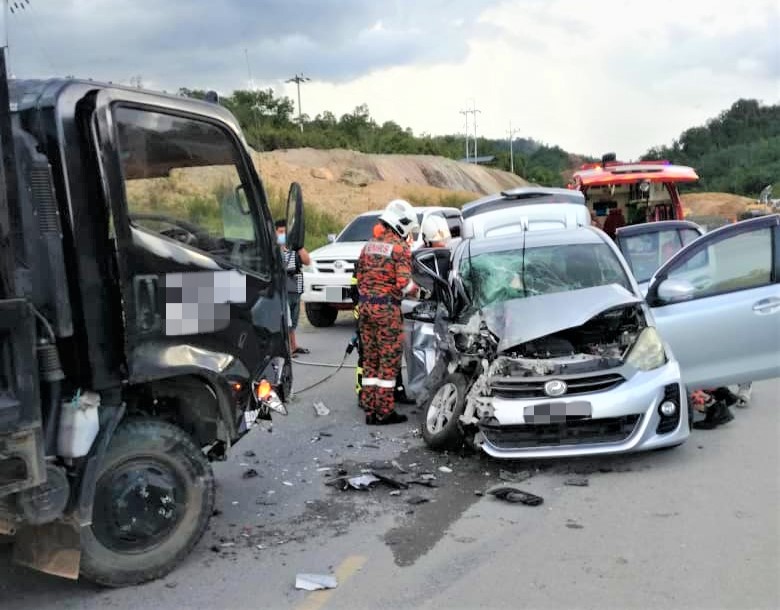