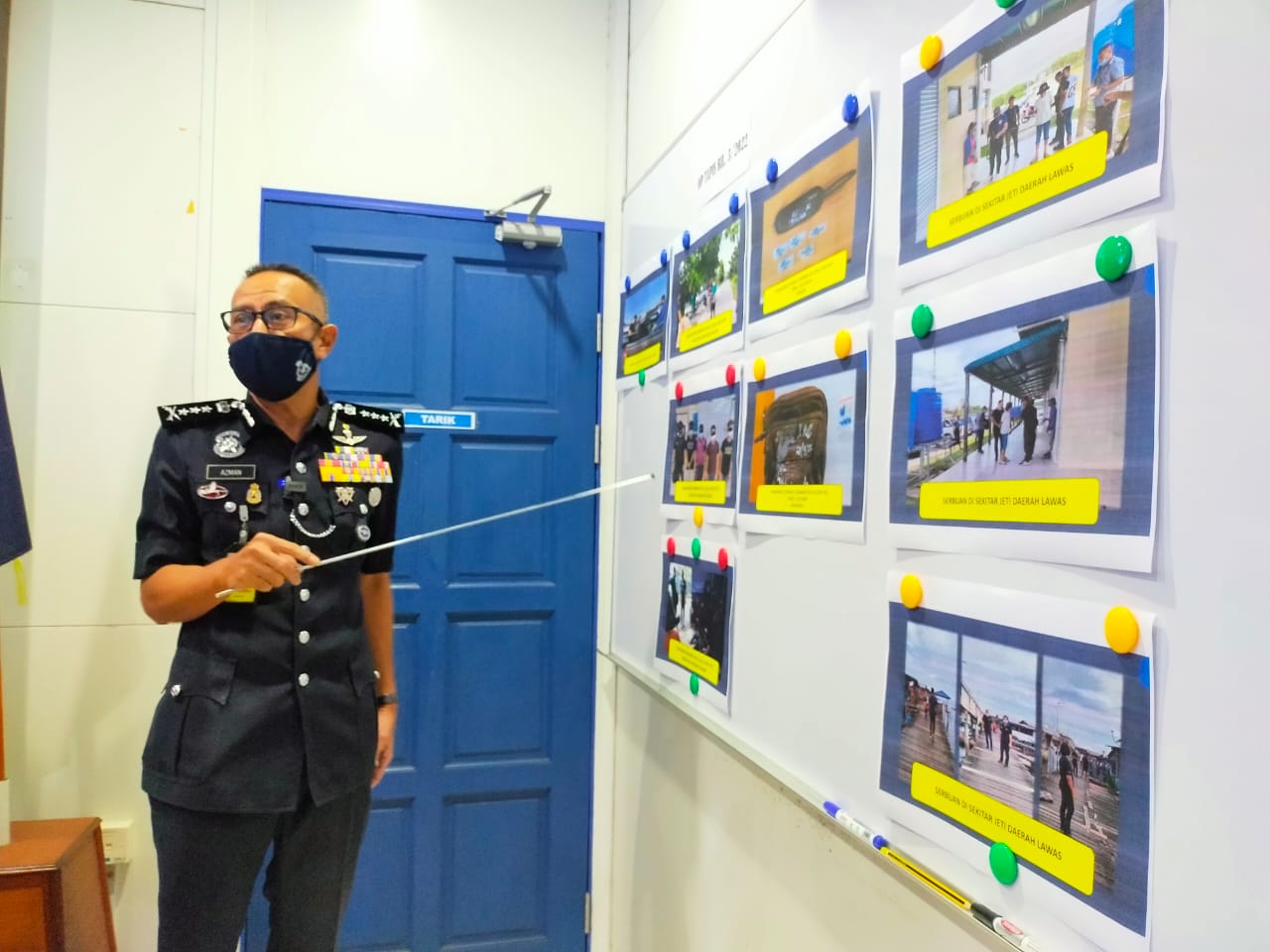 Sarawak Police Commissioner Datuk Mohd Azman Ahmad Sapri in a press conference revealed that 341 locals aged between 16 and 67 have been arrested throughout the state.

“These can cater to about 2,080 drug abusers,” he told reporters at the Sarawak IPK Media Centre today.

The goals of ‘Ops Tapis Khas’ are to target fishing jetties, illegal jetties and active ports suspected of being places of drug distribution and abuse; enforce the law against individuals or groups involved in drug-related activities; and put pressure on trafficking syndicates and drug addicts.

From the operation, four fishing jetties were raided which resulted in arrests – two in Kuching, one in Lawas and one in Limbang.

Azman explained that in Sarawak, the drug problems at fishing jetties is not too serious as there are controls and patrols by the narcotics and marine police.

Azman said of the figure, 168 cases have been prosecuted in court while the rest are still under investigation.

“Other than that, a total of 12 hardcore abusers (in Kuching, Lawas, Sibu, Padawan, Limbang, Sri Aman and Mukah) were charged under Section 39C (1) of the Dangerous Drugs Act 1952, which carries a jail term of up to seven years and up to three lashes of the whip.

“Meanwhile, four individuals were arrested under Section 3 (1) of the Dangerous Drugs (Special Preventive Measures) Act 1985 in Kuching, Bintulu, Kapit and Miri,” he said.

Azman stressed that the operation will be carried out in stages and continuously in line with the instructions from Bukit Aman police headquarters.

Transforming Sarawak into a conservation hub 0