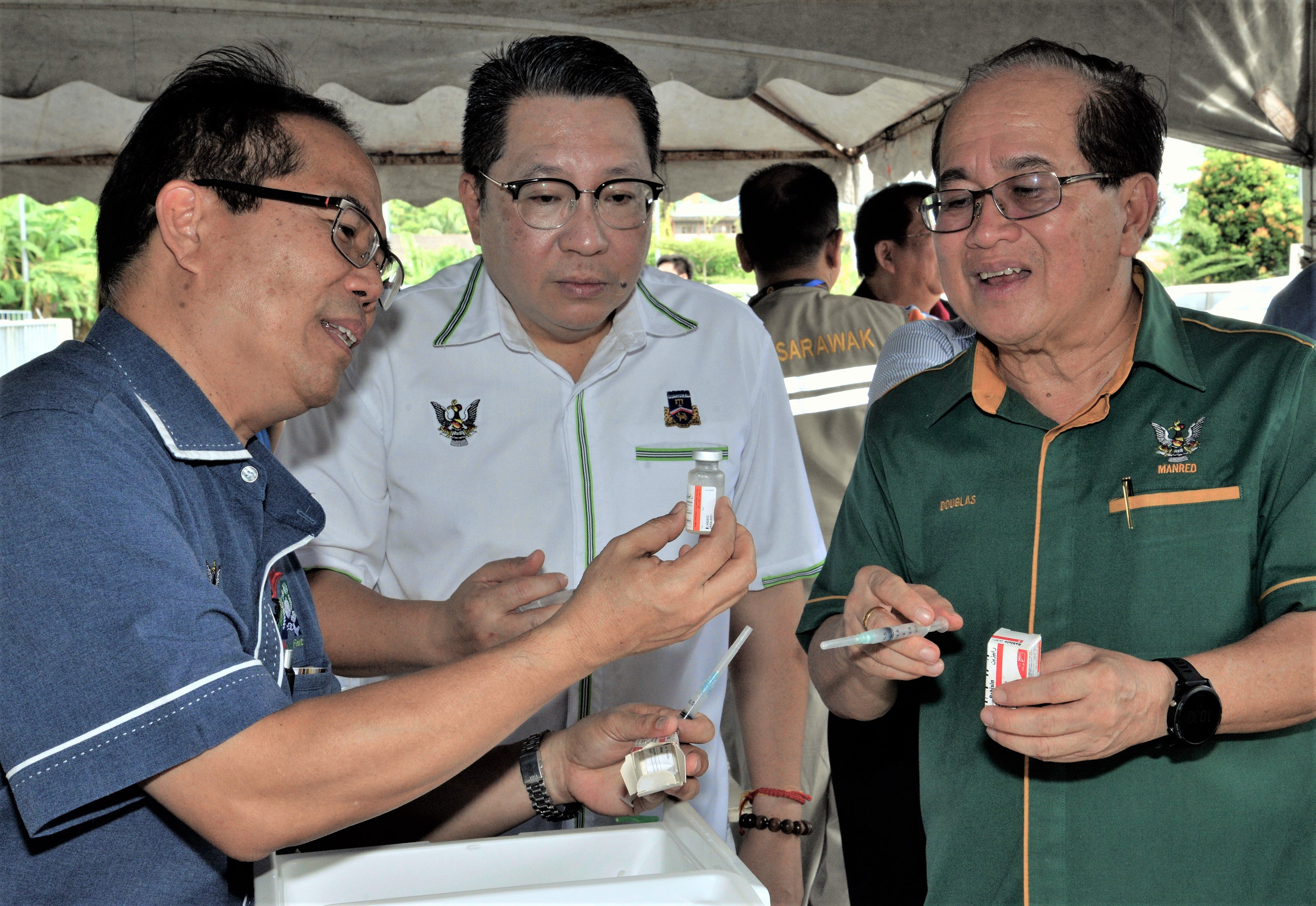 KUCHING: The state government will review the next step ahead by year-end to mop up and find ways to ensure Sarawak is rabies-free.

Deputy Chief Minister Datuk Amar Douglas Uggah Embas revealed that the state government is still collaborating with its counterparts in Indonesia, Brunei and Sabah to contain the spread of rabies.

He said, “We continue to exchange information with Brunei and Sabah as well as have Sabah send their senior veterinary officers to assist us in our vaccination programmes.

“With Indonesia— apart from exchanging information, we will also continue to strengthen our border control.

“Part of the vaccination and targeted removal programmes are going to be focused along the borders later on.

“We have also put up the rule for the local plantations to ban their workers from bringing dogs when they come to work in Sarawak.

“We also control the dog movements even between divisions because there was a case where an adopted dog from Sibu caused a fatality in Mukah.

“Our target is to have no more human deaths due to the disease by the year 2021, and then, hopefully, we can declare Sarawak free of rabies in 2025.”

Uggah, who is also the chairman of Sarawak State Disaster Management Committee, said they have so far vaccinated around 65 per cent of the dogs or 150,000 dogs throughout the state.

At the same time, he also mentioned that over 10,000 cats have been vaccinated.

Uggah added that they are intensifying the programme and are now in the last phase of the special operation which began on March 1.