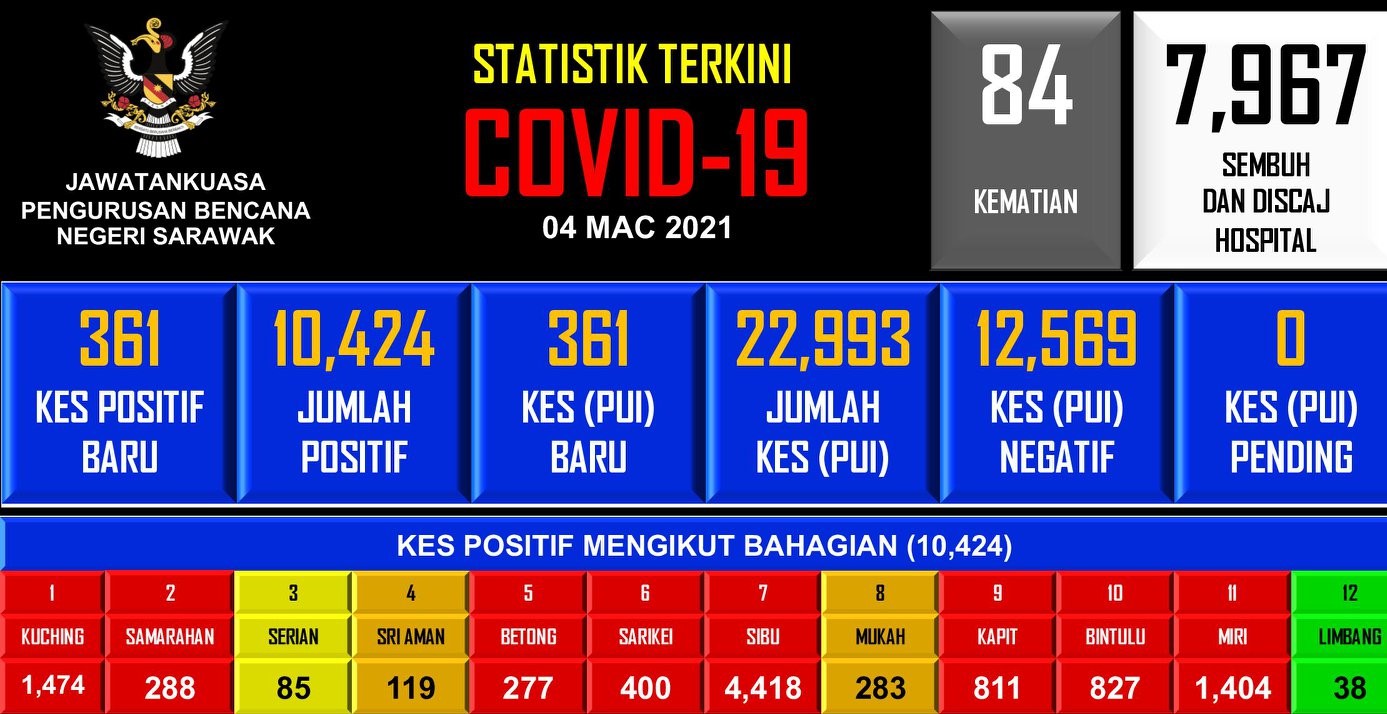 Of the 89 cases in Miri District, 87 were individuals screened through active case detection (ACD) while the other two were other screenings at health centres there.

“Of these cases, more than half involved three areas, namely Sibu Jaya, Sentosa, and Tiong Hua,” he said at the SDMC Covid-19 update press conference.

He said 70 percent of the cases were detected through ACD operations, where 1,698 samples were taken and 73 were positive (4.3 percent positive rate).

He added that 58 of the 60 cases recorded in Betong District involved the Muhibbah Cluster while the other two were detected through ACD.

“Forty of the cases reported in Betong involved a longhouse which had been locked down. The rest are undergoing quarantine at quarantine centres as they were detected early as close contacts of positive cases,” he said.

Of the 22 cases in Kuching District, 11 involved the Emperoh Jambu Cluster, six involved the Kampung Sungai Maong Cluster, four were individuals screened through ACD and one was a symptomatic person screened at a health centre.

He said all 11 cases in Subis District were detected through ACD of contacts of positive cases. Seven of them were categorised as local infections whereas the other four were Import C cases from Miri.

“As for the six cases in Kapit District, three involved the Gelong Cluster, two were other screenings at health centres, and one was a health worker,” he said.

With regard to the three cases reported in Meradong District, he said two involved the Sungai Bakong Cluster while one was a person screened via ACD.

“The single case recorded in Julau District was an individual screened through ACD of contacts of positive cases. The case has been categorised as an Import C case from Kuching,” he said.