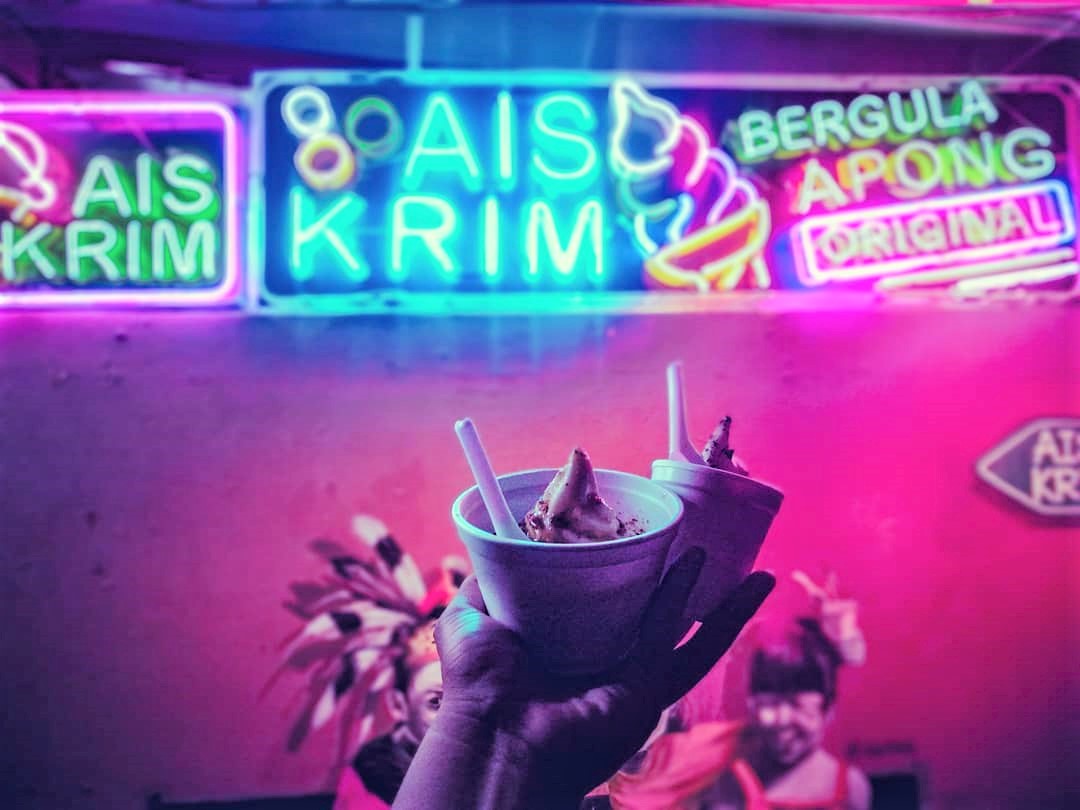 Many are familiar with RG Ais Krim — a popular ice cream joint located at the Open Air Market. Regularly frequented by ice cream lovers who crave the

Many are familiar with RG Ais Krim — a popular ice cream joint located at the Open Air Market. Regularly frequented by ice cream lovers who crave the sweet and salty mix of Sarawak’s very own Gula Apong, RG Ais Krim is the pioneer who went to great lengths to create the distinct taste of the Gula Apong ice cream.

Maintaining the same taste for 14 years

Long queues are a common scene at the RG Ais Krim in Tower Market Kuching (Open Air Market), Jalan Gertak. The ice cream joint is one of the most popular go-to ice cream place in Kuching.

The joint’s soft-serve ice-cream brought back many fond memories when it first opened at the corner stall, just opposite of the current. The original stall called ‘Sweetheart’ can be seen from the Electra House, was opened by Richard Tan in 1998.

It all started when, Richard, in his mid-40s, was approached by a friend who had just retired from selling ice cream. According to Richard’s son, Gerald, the retiree had taught his father how to mix the batter.

Keeping it simple for many to enjoy, Richard serves chocolate, pandan or vanilla (on alternate days) soft-serves topped with cornflakes, peanut shavings, crushed Oreo and keeping up with the latest trend — boba.

In 2006, Richard introduced a new mix in his soft-serve. He would drizzle the top with a sweet and salty merge of Gula Apong sauce. Since then, RG Ais Krim became known as the pioneer for Gula Apong topped ice ncream in Kuching.

Recalling the days when his father was busy experimenting the right flavour for the ice cream, Gerald revealed that the inspiration came to him during the family’s visit to Malacca. “We chanced upon Cendol topped with Gula Melaka which is quite similar to our Gula Apong,” he said.

During their ice-capade, the family discussed the Malaccan dessert, “Cendol is a cold dessert, more or less like ice cream. It was then, my dad decided to give it a try,” said the 33-year-old.

“We came back and started to source for the right sugar. Initially, my dad was looking for Gula Melaka, but the sellers advised him to use Gula Apong instead as it was easier to find,” shared Gerald.

Gerald continued sharing how his father discovered Gula Apong ice cream — “He gave it a try and had attempted the mixtures many times. Despite failing to make a sauce that will suit the ice cream taste, he never gave up.”

Richard’s experiment finally came to fruition, “once he got the right taste, we tasted it ourselves. After we agreed upon the taste, he then started selling it.” With each cup sold, Richard would ask customers for their feedbacks on the newly created ice cream topping.

“No matter positive or negative, he would take the suggestions into account and tweak the ingredients. It was only after quite some time that he would receive fully positive feedbacks,” Gerald said. Since then, the taste of their Gula Apong ice cream had never changed.

“My father taught me to never give up. If not, we wouldn’t have Gula Apong ice cream today,” added Gerald.

He started investing his time and energy into the business in 2012. Gerald extended the opening hours from 1pm to 5am (before the movement control order). Gerald then shared a surprising discovery.

“Even at 2 to 3am, we can still see a long queue for ice-cream. I was quite astounded as this is a rare but regular occurrence. How can you get people queueing for ice-cream at such odd hours!”

To cater to the ever-increasing demands, RG Ais Krim is also available at two other locations — i-Com Square and Satok.

Police round up six burglary suspects 0