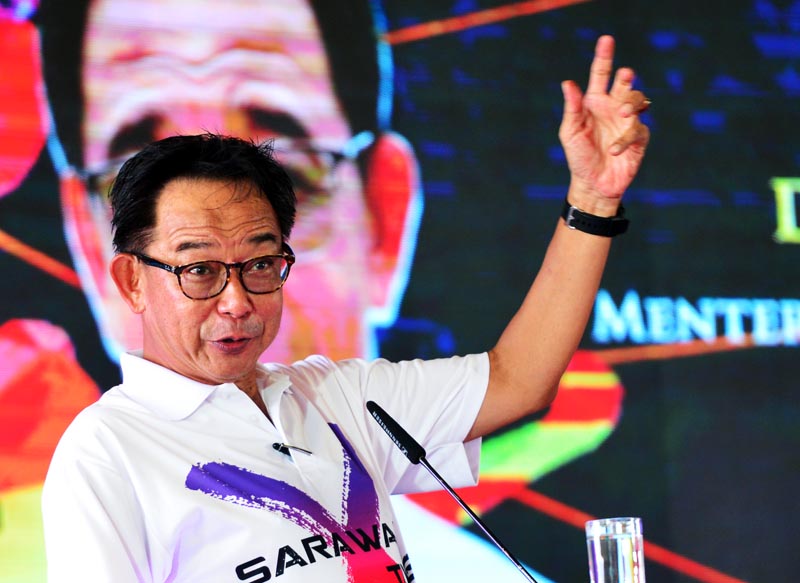 Role of community in combating drug and substance abuse

Abdul Karim, the Minister for Youth, Sport and Entrepreneur Development, said the community had a role to play, including working together and taking part in illicit drug eradication programmes.

“Drug and substance abuse is a common problem and the community cannot rely solely on the government in the fight,” he posted on Facebook, today.

He also praised enforcement agencies for recording a total of 7,269 arrests related to drug and substance abuse, from January to December last year, throughout Sarawak.

“Kuching District had the highest number of arrests with 1,859 individuals, followed by Miri (640), Sibu (613), Bintulu (589) and Samarahan (489). And this data was announced during the closing ceremony of the recent Bengkel Pelaksanaan Pelan Tindakan Daerah Kanowit Bebas Dadah.”

“In Kanowit during the same period, a total of 23 arrests were made.

“This shows the high commitment and readiness of the members of the Drug and Illicit Substance Abuse (MIDS) Bureau.

“This is very important and crucial to achieving the vision for a drug-free Kanowit District by 2024.

“This means that by the end of 2023, drug abuse activities in Kanowit District will be controlled and the number of individuals involved in substance abuse can be fully detected and (they) have access to the necessary treatment and rehabilitation.”

Taiwan to scrap Covid quarantine for travellers in October 0

Harry and Meghan on last official trip before birth 0