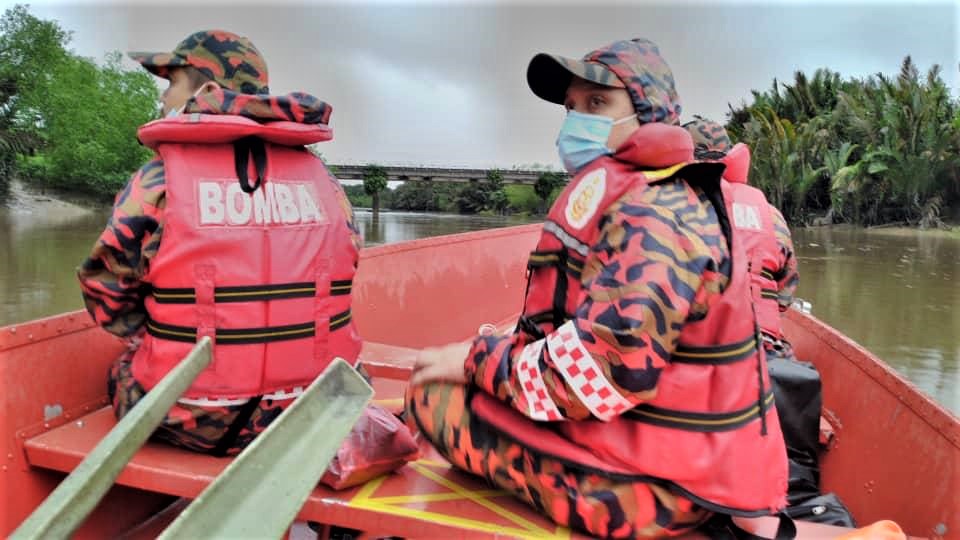 KOTA SAMARAHAN: A search-and-rescue (SAR) operation is underway for a fisherman who was earlier attacked by a crocodile in Kampung Meranek river early this morning.

The victim, identified as Azyan Azhar, 28, was said to have gone to the river with his father to pull their shrimp nets at 3.45am.

Shortly after, a crocodile jumped out of the river and attacked the victim. His father, who witnessed the incident, immediately returned home to Kampung Meranek to inform family members of the attack and that his son had vanished into the river.

The State Fire and Rescue Department operations centre received a distress call on the incident at 6.45am and Kota Samarahan firemen were dispatched to the scene.

Upon arrival, the firefighters set up a control post and mobilised their assets to search for the victim.

Upon hearing the news of the incident, Muara Tuang assemblyman Datuk Idris Buang took some time from his busy schedule to pay a visit to the victim’s family.

He had also instructed the villagers and fishermen to avoid going to the river during high tide for their own safety.

As at press time, the victim has yet to be found.