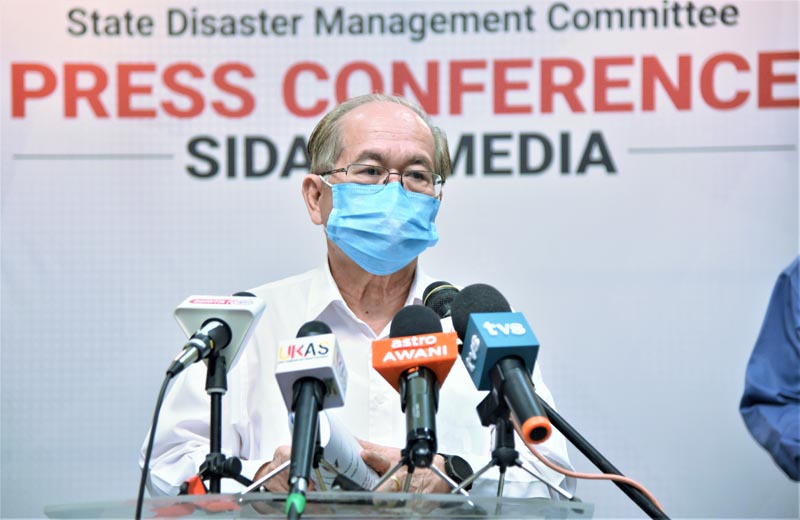 KUCHING: Sarawak opens its economic and industrial sectors as the state moves into Phase Two of the National Recovery Plan (NRP) beginning Wednesday

“Operation of all economic and industrial sectors and other permitted activities will begin from 6am until 10pm and services such as electronic and gadget shops, printing shop, clothing shops, car wash, barber salons and automotive sales are permitted to open.

“Recreational activities and individual sports or non-contact sports for the public are also allowed.

“Public transport services such as express bus and taxis are allowed to operate at a rate of 50 percent. Meanwhile the number of passengers including driver in private vehicles is according to the capacity of the vehicle.

“Employees attendance capacity for private sectors including operations and management is set at 50 percent and staff and employees are allowed to eat in groups at designated places within the premises of employment.

“A maximum of 100 individuals is allowed for seminars while meetings should not exceed 50 percent of the hall capacity.”

These are among the standard operating procedures (SOPs) for Sarawak disseminated by the National Security Council (MKN) in line with the state moving into phase two of the NRP.

The Sarawak Disaster Management Committee said the new SOP can be obtained on National Security Council (MKN) at https://www.mkn.gov.my/web/ms/sop-pkp/

“Meanwhile, the EMCO is enforced from July 13 until July 26 at a rented premises above Famous Nasi Kandar Corner in Betong.”

In addition, the committee also announced the end of EMCO at three localities namely in Sarikei, Maradong and Saratok.

“The EMCO will be ended in Sarikei at Rh. Jerome, Sungai Kesa, Rh. Jumbun and Simpang Koko on July 14.”

‘Be wary of enemy from within’

Malaysians to live with new norms 0