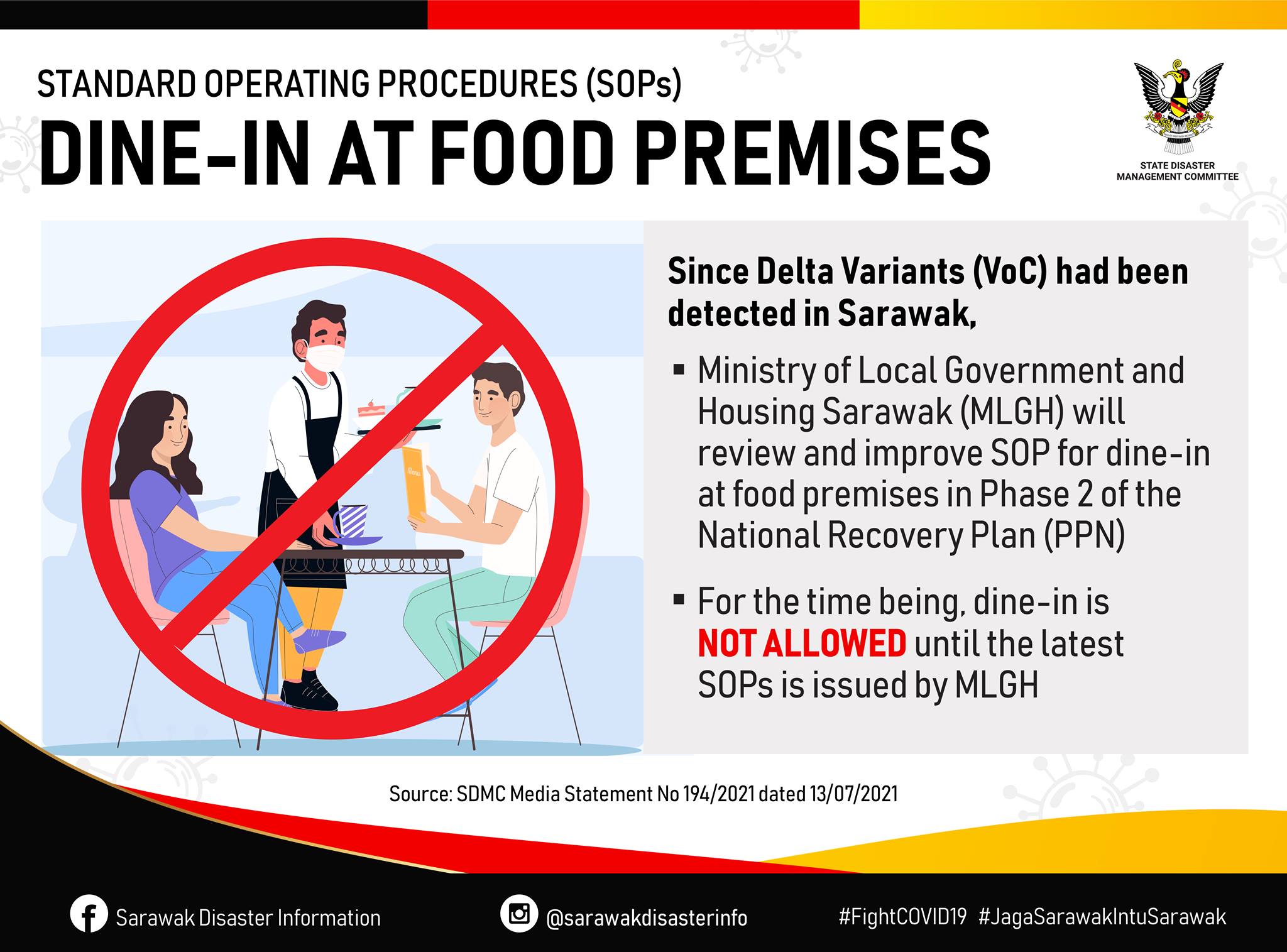 “As the Delta Variant of Concern (VOC) has been detected in Sarawak, the ministry will review and improve the dine-in SOPs for eateries under Phase 2 of the National Recovery Plan (NRP),” it said in a statement today (July 13).

On Monday (July 12), it was announced that Sarawak would enter Phase 2 of the NRP today (July 14). This phase would involve relaxations in movement control restrictions including dine-ins being permitted.

On another note, the committee declared that the enhanced movement control order (Emco) would be enforced at two places in the state.

On the other hand, it announced that the Emco at a total of eight localities would be lifted as of today (July 13).

On the status of districts, SDMC said Dalat District had changed its status from orange to yellow, with 18 local infection cases reported in the last fortnight.

With that, there were 21 red districts, four orange districts, 14 yellow districts, and one green district in Sarawak as of Tuesday.

Meanwhile, no new clusters were declared on Tuesday, leaving the remaining number of active clusters in Sarawak at 100.