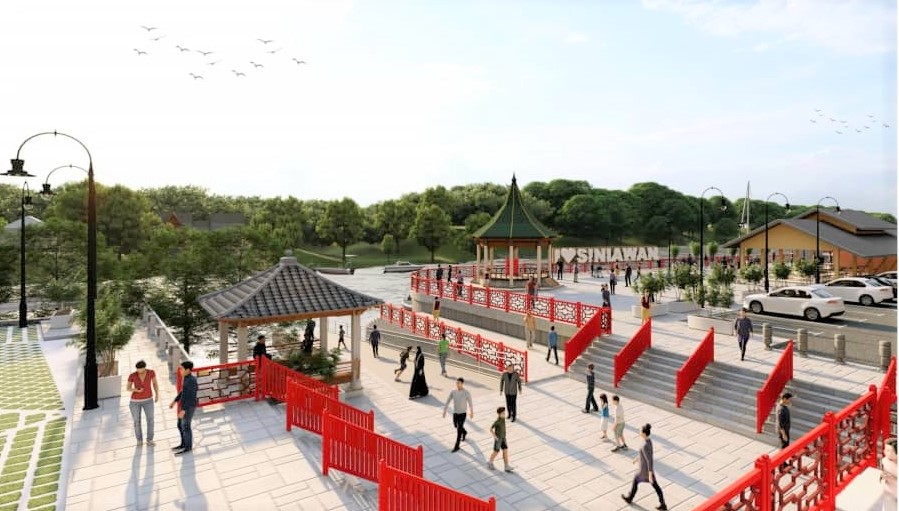 Siniawan to have new tourist attraction

KUCHING: The Siniawan Waterfront project, which is expected to be completed in 18 months, is set to be the latest attraction in the area.

Serembu assemblyman Miro Simuh said the project commenced work on Oct 22 last year, but had to be temporarily halted at the end of last year due to the floods.

“Work resumed a few weeks ago with about five percent of physical work completed, from what I observed.

“Once completed, this project will change the scenery of Siniawan and give ample space for visitors to enjoy the river view,” he told New Sarawak Tribune today.

He shared that the Siniawan Waterfront project came about after he had an exchange of ideas with the local leaders.

“Therefore, I said that I will propose to Chief Minister Datuk Patinggi Abang Johari Tun Openg to construct the waterfront which will turn Siniawan Heritage Town, which is always bustling with visitors, into a more beautiful and attractive place.

“We brought our plan to the chief minister for consideration and thank God, he supported the project and saw that it will uplift the quiet old town and make it a must-visit tourist destination,” Miro said.

He added the project was put under the state’s Drainage and Irrigation Department with a ceiling cost of RM10 million under the state government’s People’s Project, and Faltech Engineering Sdn Bhd was the successful bidder when it was tendered last year.

When asked about other development projects in the Siniawan area, the people’s rep said an ongoing project is the renovation of the Siniawan police station which will make it more comfortable for police personnel and members of the public.

“The cost for the renovation is at RM500,000 under the Serembu Rural Transformation Project (RTP),” he said.

There are also plans to convert the old building of the police station into a police museum, he pointed out.