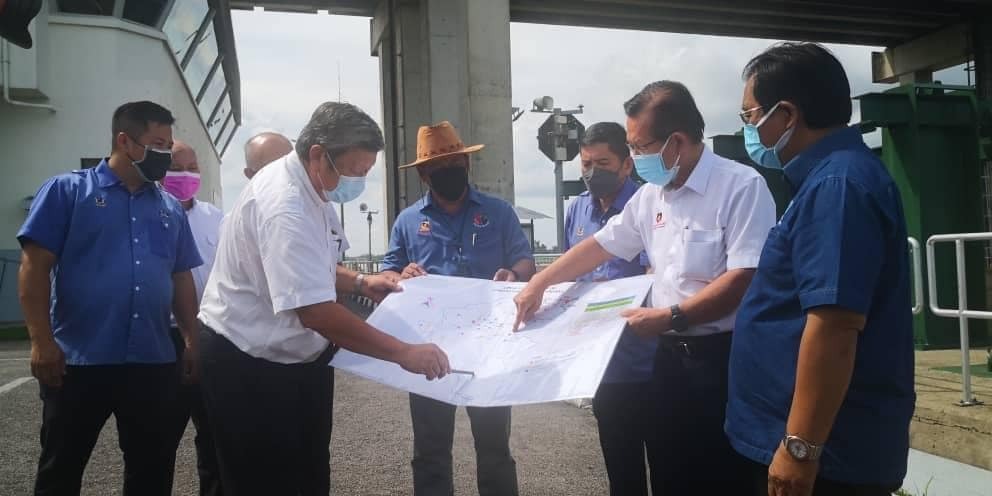 KUCHING: The Sarawak Rivers Board (SRB) has activated its flood operations room to prepare for any eventuality of flooding. State Transport Minist

KUCHING: The Sarawak Rivers Board (SRB) has activated its flood operations room to prepare for any eventuality of flooding.

“If there are any signs of rising water, we have a siren at the telemetry station to warn residents in the area to move to higher ground.

“With the poor weather forecast by the Meteorological Department for several days now, those living in low-lying areas need to be vigilant and constantly follow the advice issued by the authorities,” he said during a working visit to the Sarawak River Barrage on Tuesday (Jan 11) as reported by Sarawak Public Communications Unit (UKAS).

Lee said the purpose of his visit to the barrage was to ensure its control system and telemetry stations were functioning well to face the monsoon season.

Rainfall and water level data from the Sarawak River catchment areas will be sent every 30 minutes from 20 telemetry stations for effective flood control operations.

Earlier, the Malaysian Meteorological Department (MetMalaysia) had issued a continuous rain warning in 10 areas in Sarawak from Jan 11 to Jan 13.

Burberry sees in spring with a floral flanker for ‘Her’ fragrance