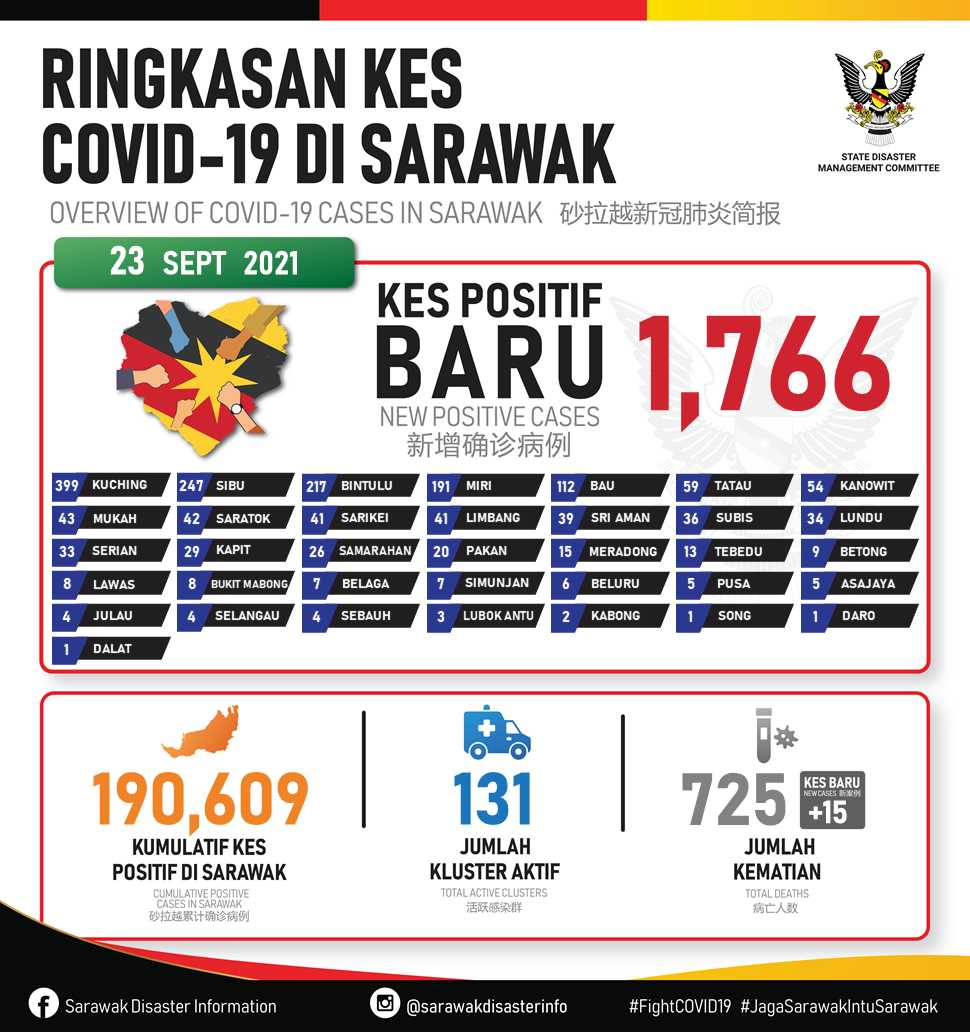 There were nine cases reported in Betong; eight each in Lawas and Bukti Mabong; seven cases each in Belaga and Simunjan; Beluru (six); five each in Pusa and Asajaya; four each in Julau, Selangau and Sebauh; Lubok Antu (three); Kabong (two); one each in Song, Daro and Dalat.

“This follows no new cases detected or reported in the past 28 days involving these cluster,” the committee said.

The committee also said that as of Thursday, there were 54 new persons under surveillance (PUS) recorded.

With this, the total number of PUS undergoing quarantine at the respective quarantine centres in the state is 2,041. A total of 153,420 PUS have been discharged statewide.