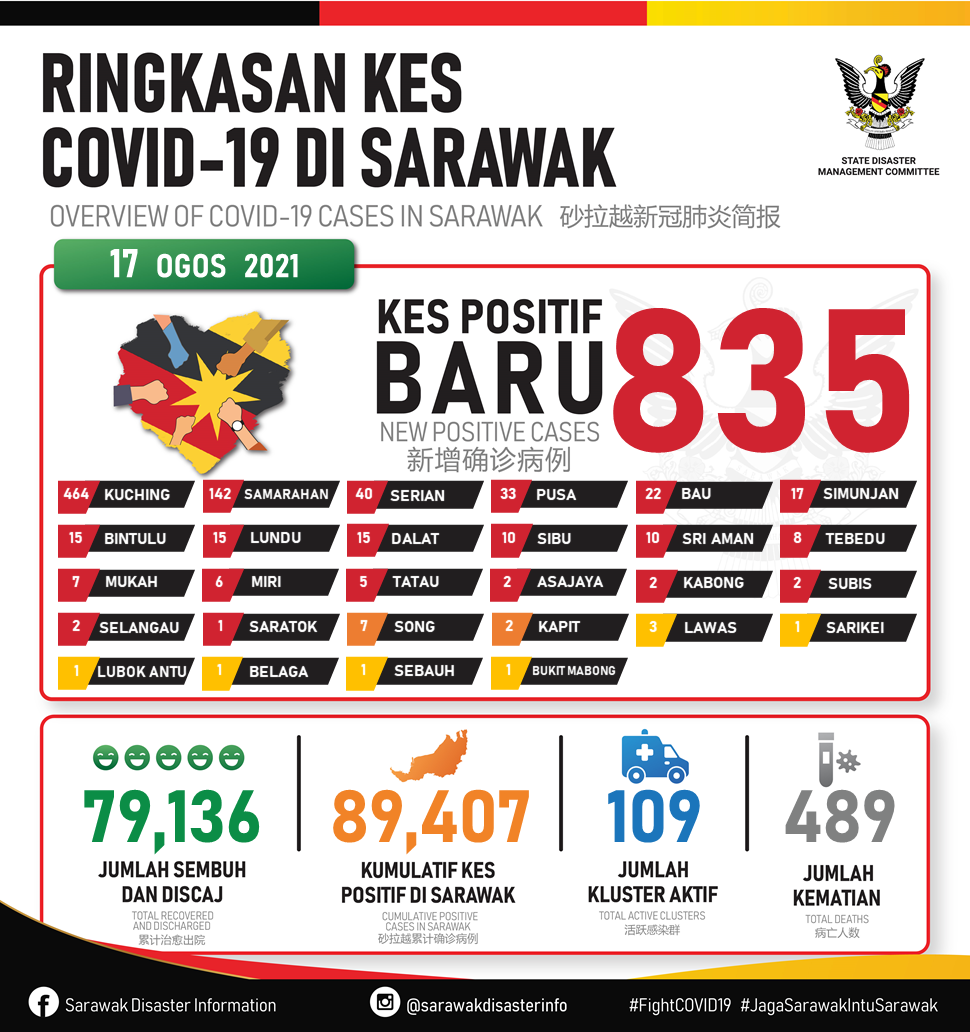 The Sarawak Management Committee said the cumulative total number of cases now stood at 89,407 while the death toll was 489.

There were 145 cases from other screenings at health facilities and three Import B cases of individuals returning from other states in Malaysia, namely, two from Johor and one from Selangor.

On the 488th death, the committee said it was a 79-year-old local man from Kanowit who was confirmed positive on August 12.

He passed away in the Sibu Hospital and had high blood pressure, diabetes, heart disease and stroke.

The 489th death was a 77-year-old local woman from Serian who was confirmed positive on August 11.

She passed away in Sarawak General Hospital (SGH) and had high blood pressure, diabetes and dyslipidemia.

The SDMC disclosed that 581 patients had been discharged from hospitals and low-risk quarantine and treatment centres (PKRCs) statewide, bringing the number of active cases to 9,598.

The committee said the number of recovered and discharged cases now stood at 79,136 or 88.51 percent of the total number of cases in the state.