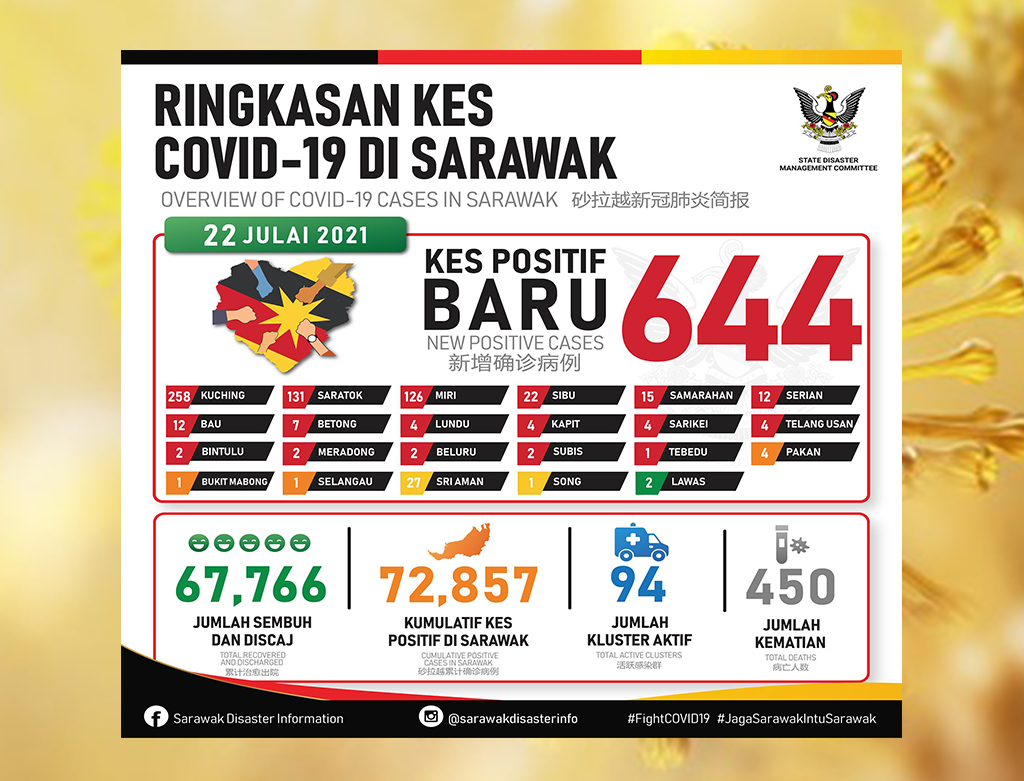 The State Disaster Management Committee (SDMC), in its daily statement, said the sudden spike in cases detected was due to targeted screenings conducted in various localities throughout Sarawak.

The SDMC added Kuching registered the most new cases with 258, followed by Saratok with 131 and Miri with 126.

“Twenty-seven cases were registered in Sri Aman; 22 in Sibu; 15 in Samarahan; 12 each in Serian and Bau; seven in Betong; four each in Pakan, Lundu, Kapit, Sarikei and Telang Usan; two each in Bintulu, Lawas, Meradiong, Beluru and Subis and one each in Song, Tebedu, Bukit Mabong and Selangau,” it added.

The committee said that 305 of the total cases consisted of individuals who were close contacts to Covid-19 positive cases.

The SDMC said no death was reported today, with the death toll remaining at 450.

It added that 486 Covid-19 patients were also discharged from hospitals and treatment centres today, bringing the number of discharged cases to 4,474.