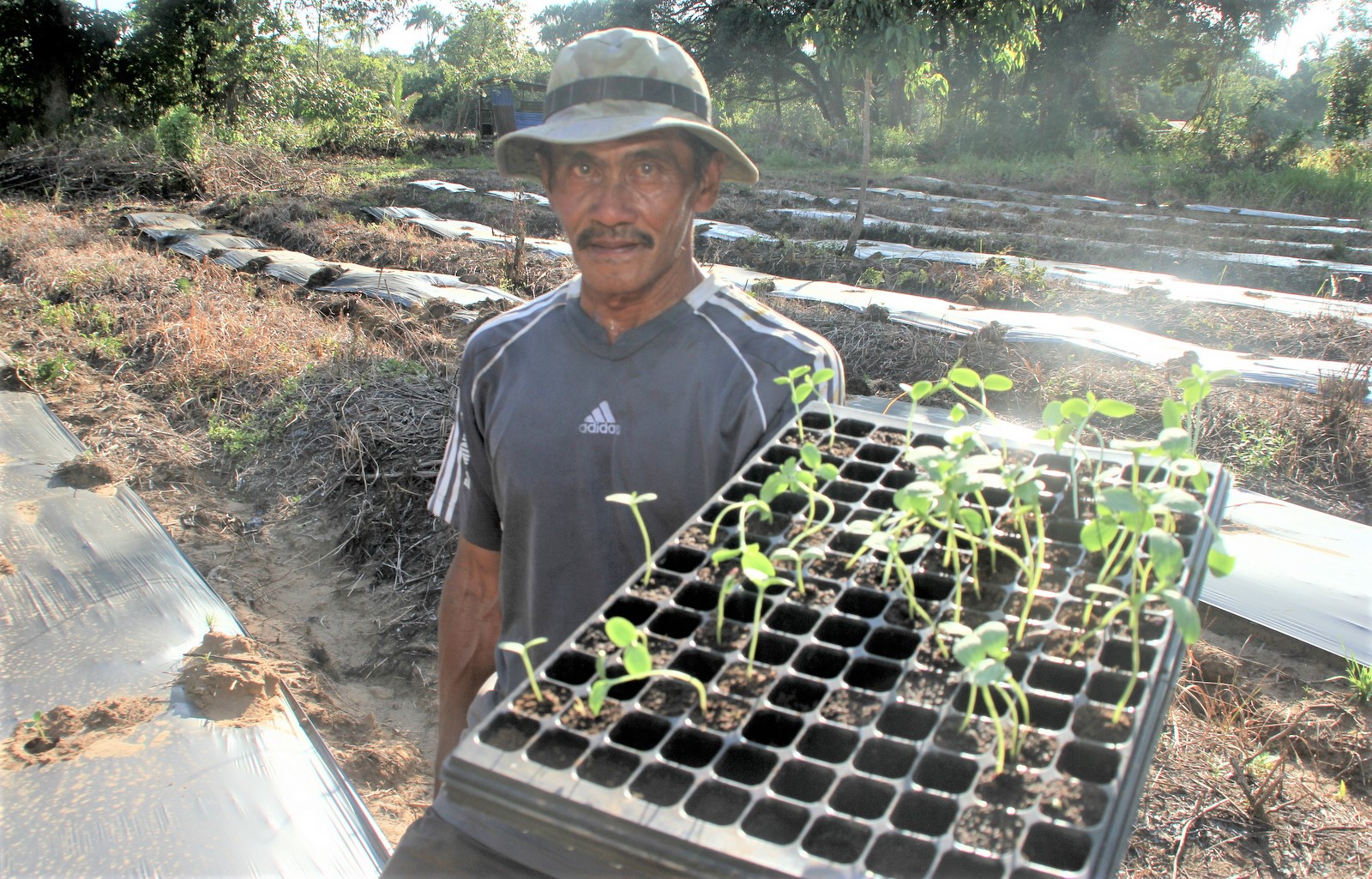 By Zarina Abdullah "As long as I have the strength and determination, I will continue to grow watermelons," said Adenan Suai. The 56-year-old f

“As long as I have the strength and determination, I will continue to grow watermelons,” said Adenan Suai.

The 56-year-old farmer has been planting watermelons for almost 40 years on three acres of land owned by his family in the coastal village of Kampung Trombol, Telaga Air.

He uses the money he earns from selling the fruits to support his family and raise his four sons.

“I started growing watermelons when I was a teenager and had just finished school. I continued my family’s effort and it all started from interest.

“At that time, access to the village was quite limited because we could only use the waterway. It was quite difficult to work outside, so I decided to plant watermelons.

As a result of his hard work, Adenan is now able to smile happily. He produces more than 3,000 watermelons weighing around 10 tons which can fetch RM15,000 to RM20,000 in one harvest.

Adenan began by buying his own watermelon seeds. He also helped other villages to cut down trees and so on.

“At that time, I planted Japanese watermelons but now there are no more seeds. When it was time to sell them, I used a boat to transport about 500 to 1,500 watermelons to Kuching.

“In the 80s and 90s, there were no roads from here to the market in Kuching so I had to travel on the Sarawak River for four hours, passing through Santubong and Bako.

“However, now with the roads, it is easier to sell the fruits.   There are also wholesalers or middlemen who will buy the ripe fruits from me,” he explained.

Adenan said the middlemen would usually buy the watermelons every four to five days and then send them to the markets in Samarahan, Serian, Sibu, Bintulu and Miri.

“Now I focus on three types of dark green watermelons, namely Taiwanese, Thai and Chinese watermelons. They weigh between 5 and 6 kgs each while the smallest fruit is around 2 kg.

“But the main type is the Taiwanese watermelon because it has red flesh, is sweet and crunchy. It weighs up to 8 kgs and can be sold for between RM2 and RM2.50 per kg.

“A watermelon plant takes around 50 to 55 days to mature,” he added.

Adenan said at one time, his watermelons could only be sold for around 90 sen per kg because there were many imported watermelons from overseas including Thailand and Indonesia.

“However, due to travel restrictions, now there are no watermelons from outside, so the prices are relatively stable,” he explained.

He added that during the movement control order (MCO), the prices of watermelons were between RM1.30 and RM1.80 per kg due to the lack of demand, especially from schools following their closure.

“But I am thankful because the fruits are always bought by wholesalers,” he explained, adding that he sometimes would   sell the fruits directly to customers.

Adenan revealed that he had received donations and assistance in the form of seeds, pesticides and fertilisers from the Federal Agricultural Marketing Authority (Fama) and related agencies.

He said he would continue to work on his watermelon farm as long as he could because it was his family’s source of income.

According to experts, the watermelon was among the fruits that existed as early as thousands of years ago. It was believed to have existed during the time of ancient Egypt.

A watermelon contains 90 percent water. Therefore, it is very suitable as a thirst quencher and for cooling the body.

China is the world’s largest watermelon producer with a production of 75,000,000 watermelons per year.

The watermelon (scientific name Citrullu lanatus) comes from the species of Cucurbitaceae which is said to have originated from Africa. There are five types of watermelons in the Malaysian market, namely Seeded watermelon; Seedless watermelon; Yellow watermelon; Milk watermelon and Red watermelon.

* Supplies water to the body system

* Provides benefits to skin and hair

* Eliminates tingling and numbness in the muscles

* Reduces the risk of cancer

Thou shalt tell no lie

Contractors must comply with SOPs 0

Implementation by year-end or early 2020