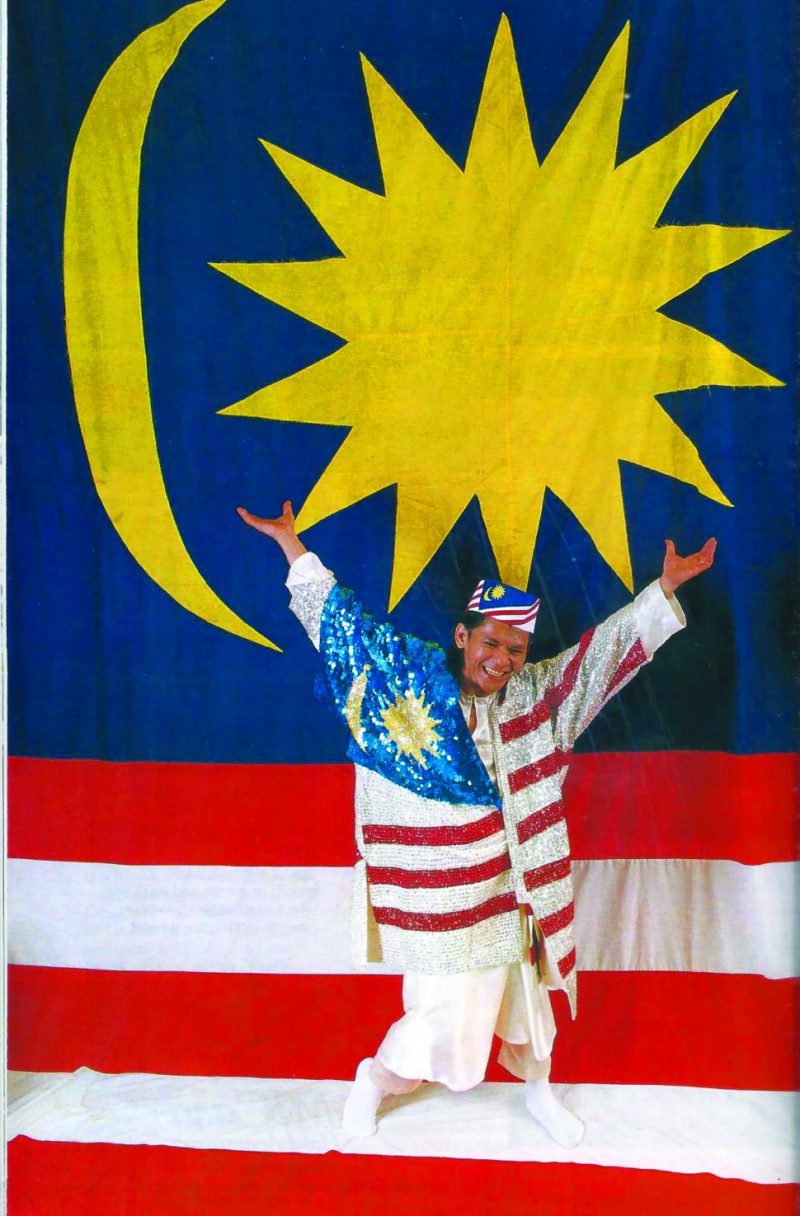 In his short life, the late Datuk Sudirman Haji Arshad had accomplished so much, from being an A-grade student to graduating in law from the University of Malaya, then being a lawyer, a singer, a songwriter and the greatest entertainer ever, as many Malaysians might remember.

A tribute to Asia’s No. 1 performer

In his short life, he had accomplished so much, from being an A-grade student to graduating in law from the University of Malaya, then being a lawyer, a singer, a songwriter and the greatest entertainer ever, as in many a Malaysian’s memory.

We are talking about the late Datuk Sudirman Haji Arshad, famously known as Sudirman, who astounded many, and still does, including the young people I met recently at an exhibition which is ongoing at the Farenheit Mall in Bukit Bintang, Kuala Lumpur.

Two young ladies (Ayesha and Norlita) shared their thoughts with me on this bright star who was often described as a diamond in the Malaysian entertainment industry, especially at the peak of his career.

They said, ‘’ Even though we were born after his death, we know who he is and are fascinated with his talents and achievements. We feel he was very ahead of his time. Just look at his clothes exhibited here. Like the current fashion, they are stylish. Without a doubt, he was a trend setter.”

In fact, the duo felt that if Sudirman was from this era, he would probably be a great influencer today with millions of followers. 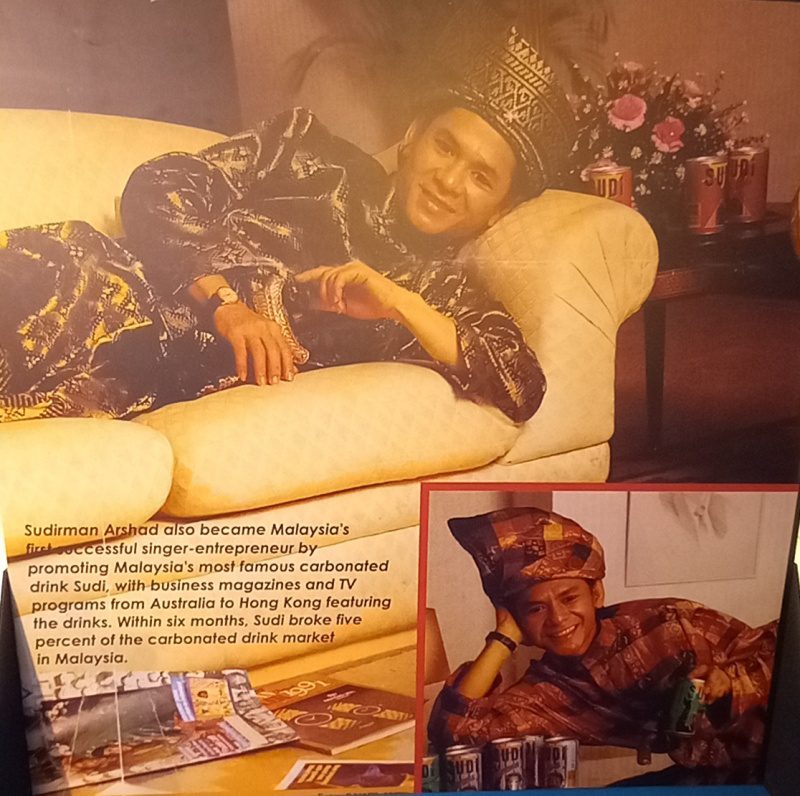 A successful business owner.9. He was also a journalist and a cartoonist.10. The entertainment icon passed away at the tender age of 37.

A collection of Sudirman’s music cassettes.

Well, he did become Asia’s No. 1 performer at the Asian Popular Music Awards competition in London’s Royal Albert Hall in 1989. His song, “One Thousand Million Smiles”, which had meaningful lyrics, was beautifully performed alongside a medley. Coupled with his awesome dancing, he stole the hearts of the judges.

His song was included in Asia’s No.1 Performer album, with the recording process done in that famous Abbey Road Studios, which was also used by The Beatles! We recently watched his performance on YouTube and realised why he won the 1989 Asian Popular Music Awards in London, beating out famous singers such as the late Leslie Chung (Hong Kong) and Anita Sarawak (Singapore), to name a few.

In 1986, he forged his name into the Malaysian Guiness Book of Records when he gave a free open-air concert at Jalan Chow Kit to some 100,000 spectators. The event caused a massive traffic jam in Kuala Lumpur from Jalan Tuanku Abdul Rahman, Jalan Raja Muda to Jalan Raja Alang.

Sudirman was a trendsetter, as evidenced by his fashion choices.

Not an affluent area or his usual performance scene, he surprised many when he said he wanted to hold a concert there. But it turned out to be a successful and memorable one.
Sudirman’s song “Chow Kit Road” enlivened the atmosphere of the area in the early 80s, and it is considered one of his top hits.

It is rather interesting to read the history of his childhood. He lost his mother, who passed away at a young age, leaving him with a stepmother, with whom he was not so comfortable with. He then turned to music for solace.

Much encouraged by his companion while in university and who later became his wife for a brief period, he saw his singing career take off after winning the Bintang RTM singing competition on August 11, 1976.

His genres of music are pop music and contemporary R&B, and one of his iconic songs, “Terasing”, is often covered by today’s generation of singers.

“Balik Kampung” is probably one of his most iconic songs, due to the festive mood raised through the melody and its interesting lyrics about returning to the kampungs. We often hear this song played in a lot of supermarkets, shopping malls and on the radio whenever Raya comes around.

The great Sudirman was born on May 25, 1955 in Temerloh, Pahang, but he sadly passed away on February 22, 1992 in Kuala Lumpur at just 37 years old. His song “Salam Terakhir” which is also one of his top hits, appeared to be his farewell song.

He was named Asia’s No. 1 performer when he won the Asian Awards at the Royal Albert Hall, London, in 1989.

This “Warisan Sudir: Tribute to Asia’s No. 1 Entertainer” exhibition is presented by Farenheit88 in partnership with the Ministry of Tourism, Arts and Culture, as well as Arkib Negara Malaysia.

Ongoing till September 30, it provides shoppers and fans of Sudirman with a chance to browse through genuine Sudirman memorabilia. Do take a mini tour to check out his performance costumes, music cassettes  and album posters, among his other personal items. We were surprised to see that he was also a cartoonist and a business entrepreneur.
He was indeed a man of many talents!