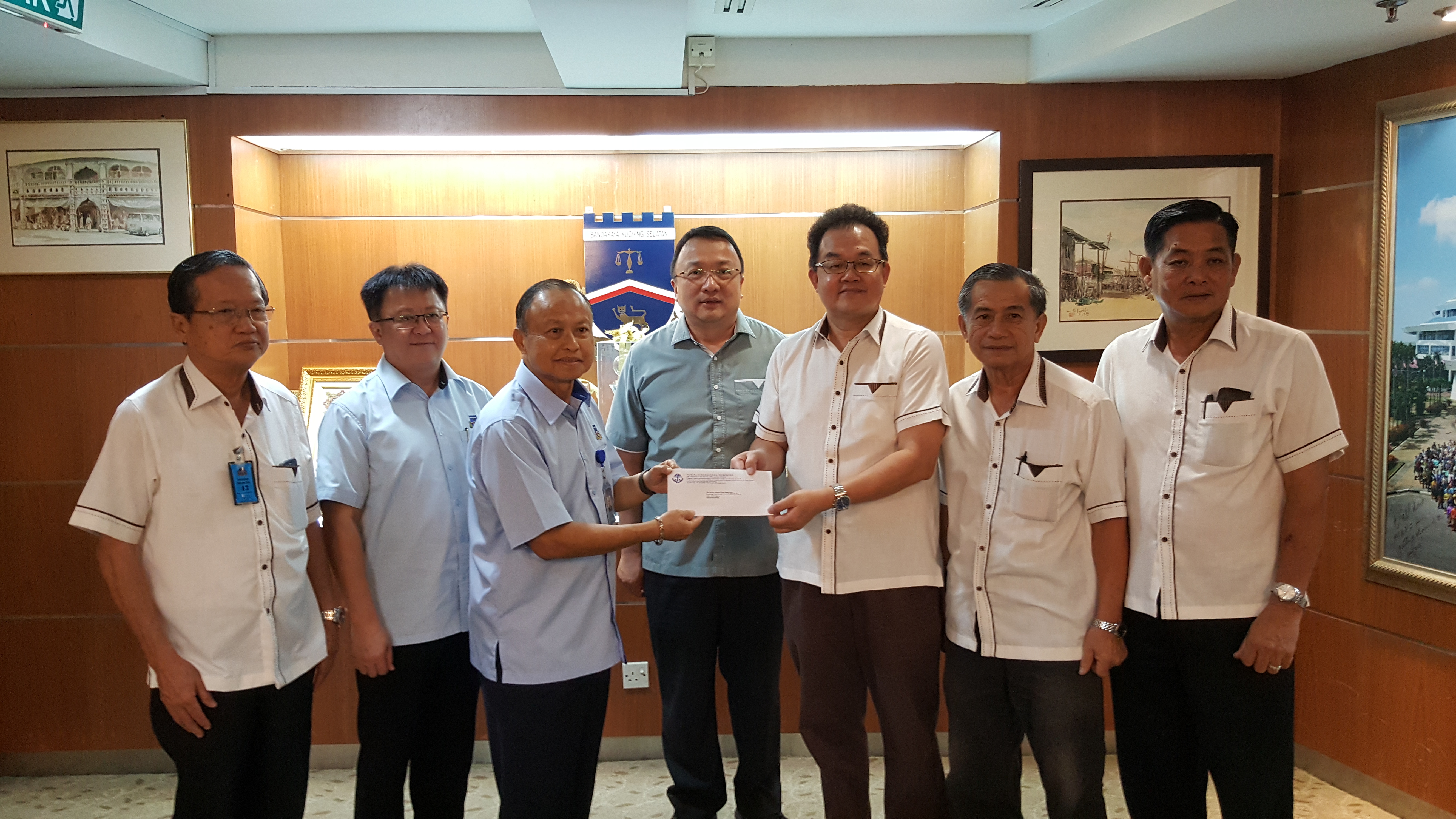 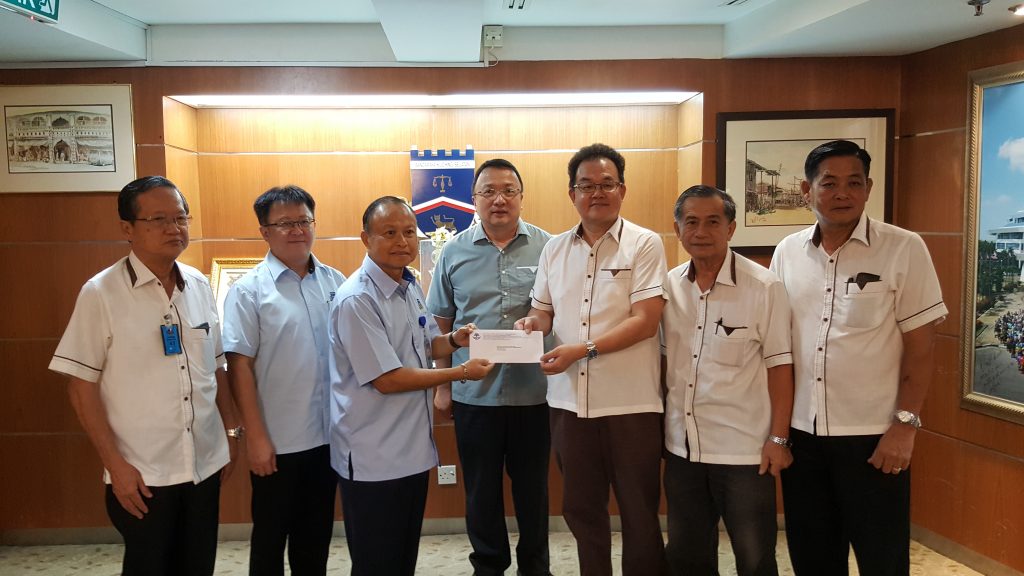 (From third Left) Chan posing with Chai, Chai’s deputy Rodger Chan and the rest of the association committee members during the courtesy call in his office today.

He urged everyone in Sarawak to support the forthcoming fundraising dinner organised by the Association of the Boards of Management of Aided Chinese Primary Schools in Kuching, Samarahan and Serian Divisions here.

The dinner, which will take place on March 29 at 7.30pm  at the Alumni Hall of SJK Chung Hua No.3 at Jalan Padungan, aims to raise funds for the relocation of SJK Chung Hua Bako to Taman Berlian in Kota Samarahan.

Chan made the ardent appeal during a courtesy call by the association committee at his office.

“Please support the association’s initiative for the future of Sarawak,” he said, adding that non-Chinese also went to the school.

“The school is not only for Chinese but also for everyone in Sarawak,” he pointed out.

President of the association Jonathan Chai revealed that it had informed the   Education Ministry in 2018 of its plan to relocate SJK Chung Hua Bako which had closed down in 2010 due to a shortage of pupils.

“We are here today to seek help from the MBKS to   make this fund raising dinner a success.

“We are also asking the mayor today to support us by providing pots of flowers for the dinner.  We are expecting about 1, 000 guests to turn up for the dinner which is also held in conjunction with our association’s 35th anniversary,” he added.

“For now, the budgeted cost of relocation is RM6 million.  The school is expected to reopen in Kota Samarahan in 2021,” Chai said.

He revealed under phase one of the relocation project, 18 classrooms and a multi-purpose room would be built.

Chai added, “The association managed to raise around RM1 million already. With the forthcoming dinner, we expect the fund to reach RM2 million.”