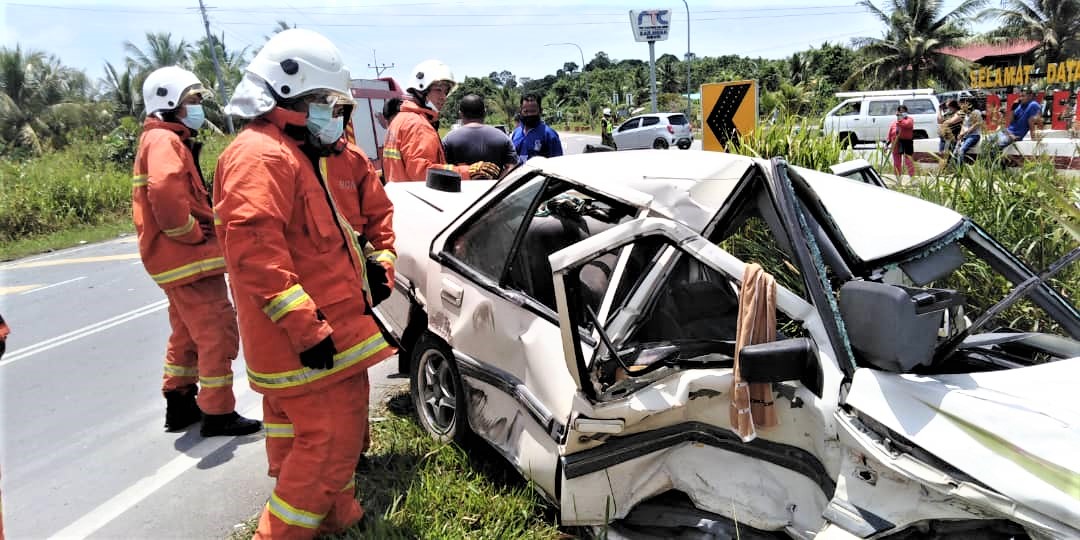 MIRI: Two persons suffered injuries after the car they were travelling in collided with a tanker truck at Bekenu junction of the Miri-Bintulu Coastal Road on Monday (April 5).

Upon arrival, the victims, a 67-year-old man and his sister, were already removed from their car by passers-by.

It is said that the duo just received a letter of approval from Bekenu police station on Monday (Apr 5) to enter Miri for a follow-up eye exam at Miri Hospital this Friday (Apr 9).

The approval letter was found nearby their car at the crash scene.

The victims were taken to Miri Hospital for further treatment while the driver of the tanker, 28, was unharmed.

The cause of the accident is still under investigation.