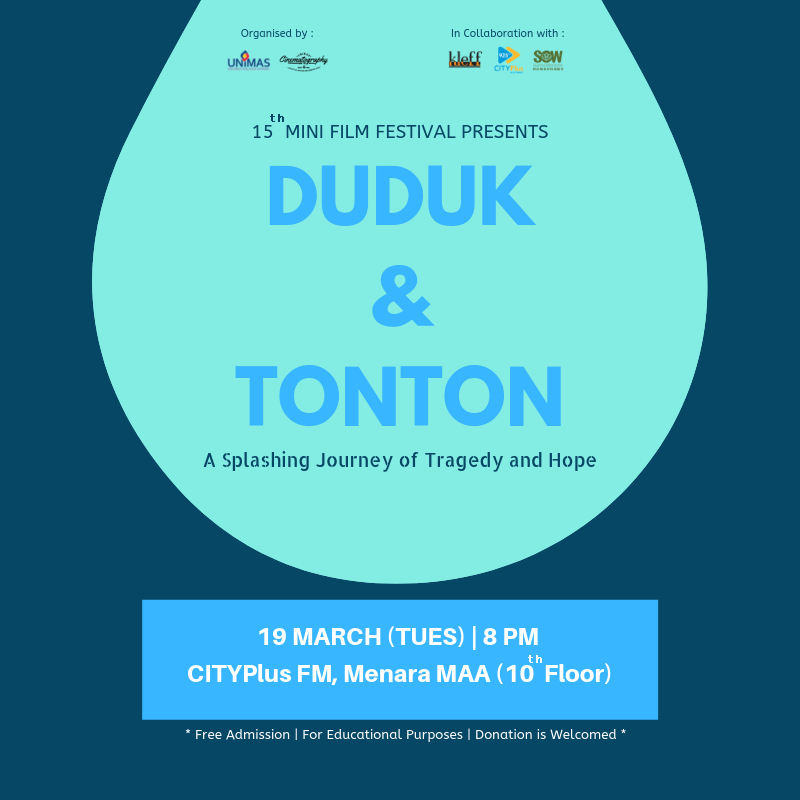 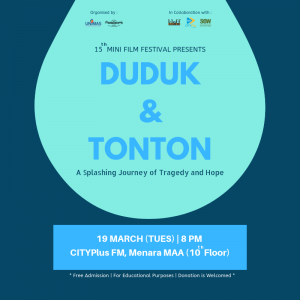 KUCHING: In line with the upcoming ‘World Water Day’ that falls on 22 March, 15th Mini Film Festival will screen eco-themed films in Sarawak this coming Tuesday.

The screening is organised under ‘Duduk dan Tonton’ (literally translated as “Sit and Watch”), a flagship screening event that runs every fortnightly in Kuching since 2015.

‘Duduk dan Tonton’ will screen a series of short films on issues related to water crisis including on the importance ofensuring clean water for all.

These short films were carefully curated by the programming team of Kuala Lumpur Eco Film Festival (KLEFF) with consideration of artistic choice as well as messages carried in the films.

While these films will be premiered for the first time in Sarawak, the highlight of the films goes to ‘Skeleton Sea’, an award-winning film shot entirely on a beautiful coast of Portugal featuring two surfers who turned trashes they found in the ocean into creative artworks.

This screening event is a result of cross film festivals collaboration between Universiti Malaysia Sarawak (Unimas) and KLEFF, the longest running film festival with environmental awareness in its core. KLEFF will have its two representatives coming to Kuching to meet the audiences and lead a discussion on global water crisis in today’s context.

‘Duduk dan Tonton’ is supported by CityPlus FM and Society of Wilderness Sarawak.

The event will take place at 8pm in CityPlus FM’s office in Menara MAA (10th Floor).

Those interested are advised to register for free tickets to secure their seats on Mini Film Festival Facebook’s event page. For more information about the event, contact Ms Dayang at 019-8547020.