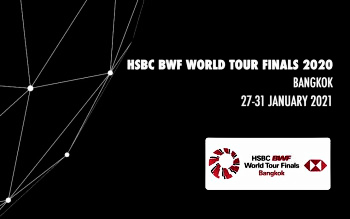 KUALA LUMPUR: Malaysia’s top singles shuttler Lee Zii Jia and five pairs from the country have made the cut for the HSBC BWF World Tour Finals, which will be held at the Impact Arena from Jan 27-31 in Bangkok, Thailand.

They qualified for the season-ending tournament after finishing among the top eight in their respective categories in the HSBC BWF Road to Bangkok Rankings.

According to Badminton World Federation (BWF) rules, a maximum of two players or pairs per member association are eligible to participate in the World Tour Finals.

It is mandatory to enter both the Yonex Thailand Open and Toyota Thailand Open, which preceded the season-ending finale, in order to be eligible for the World Tour Finals.

However, Malaysia failed to have any representatives in the $1.5 million (RM6.07 million) tournament.

The draw for the World Tour Finals is scheduled for 10 am Bangkok time (11 am in Malaysia) tomorrow. – Bernama