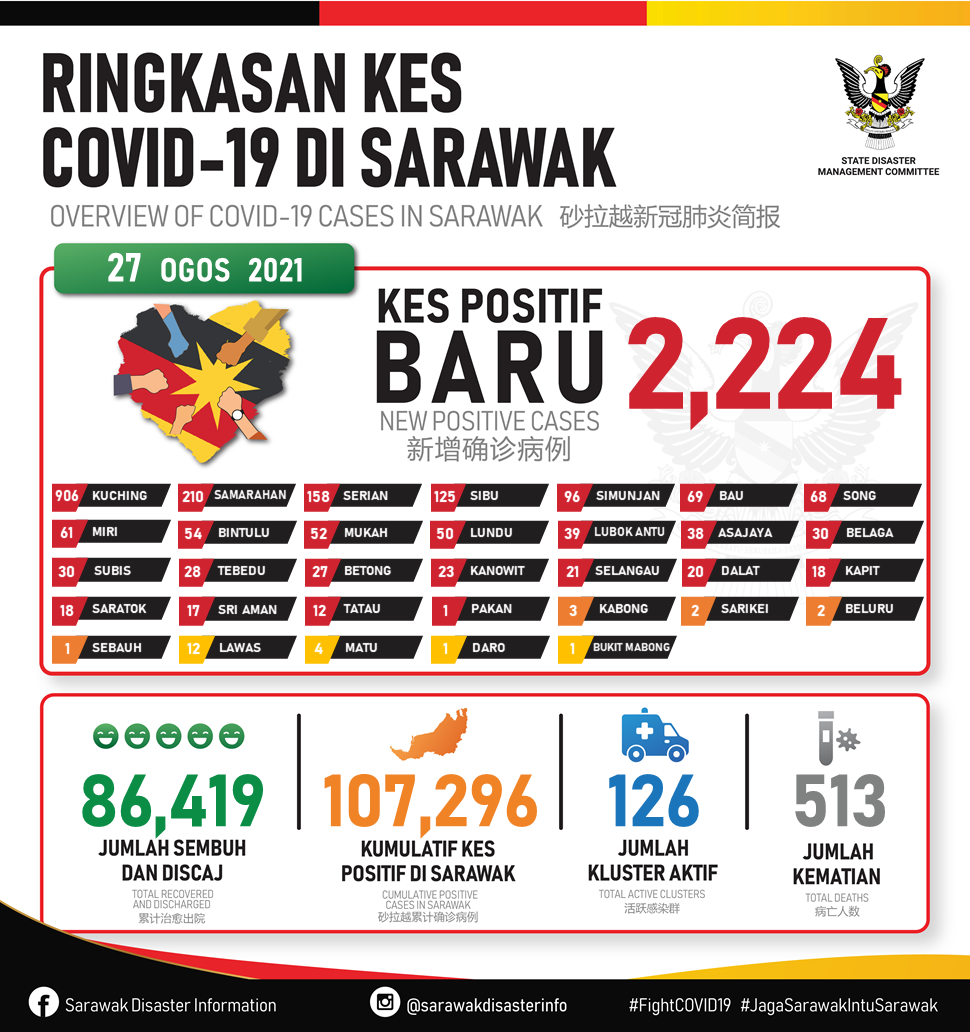 The Sarawak Disaster Management Committee (SDMC) said of the cases, 2,222 or 99.91 percent comprised Category 1 and 2 while one case each was in Category 4 and Category 5 respectively.

Twelve cases each were recorded at Lawas and Tatau; Matu (four); Kabong (three); Sarikei and Beluru (two each); Daro, Pakan, Sebauh, and Bukit Mabong recorded one case each.

On another note, the committee said 536 cases have recovered and were discharged from hospitals and low-risk quarantine and treatment centres (PKRCs) statewide.

This brings the number of recovered and discharged cases to 86,419 or 80.54 percent of the total number of cases in Sarawak. There are still 20,168 active cases remaining.

The committee also said that the three fatalities recorded today were local men.

The 511st death involved a 17-year-old man from Kuching who was confirmed positive on Aug 25. He was admitted to the Sarawak General Hospital (SGH) and had a history of congenital diseases, chronic lung disease and epilepsy.

The second death was a 66-year-old man from Song who was confirmed positive on Aug 14. He was brought to Kapit Hospital for treatment and had a history of high blood pressure, diabetes, dyslipidemia and chronic lung disease.

The third death was also a man from Kuching district aged 78. He was tested positive on Aug 21 and was admitted to SGH for treatment.