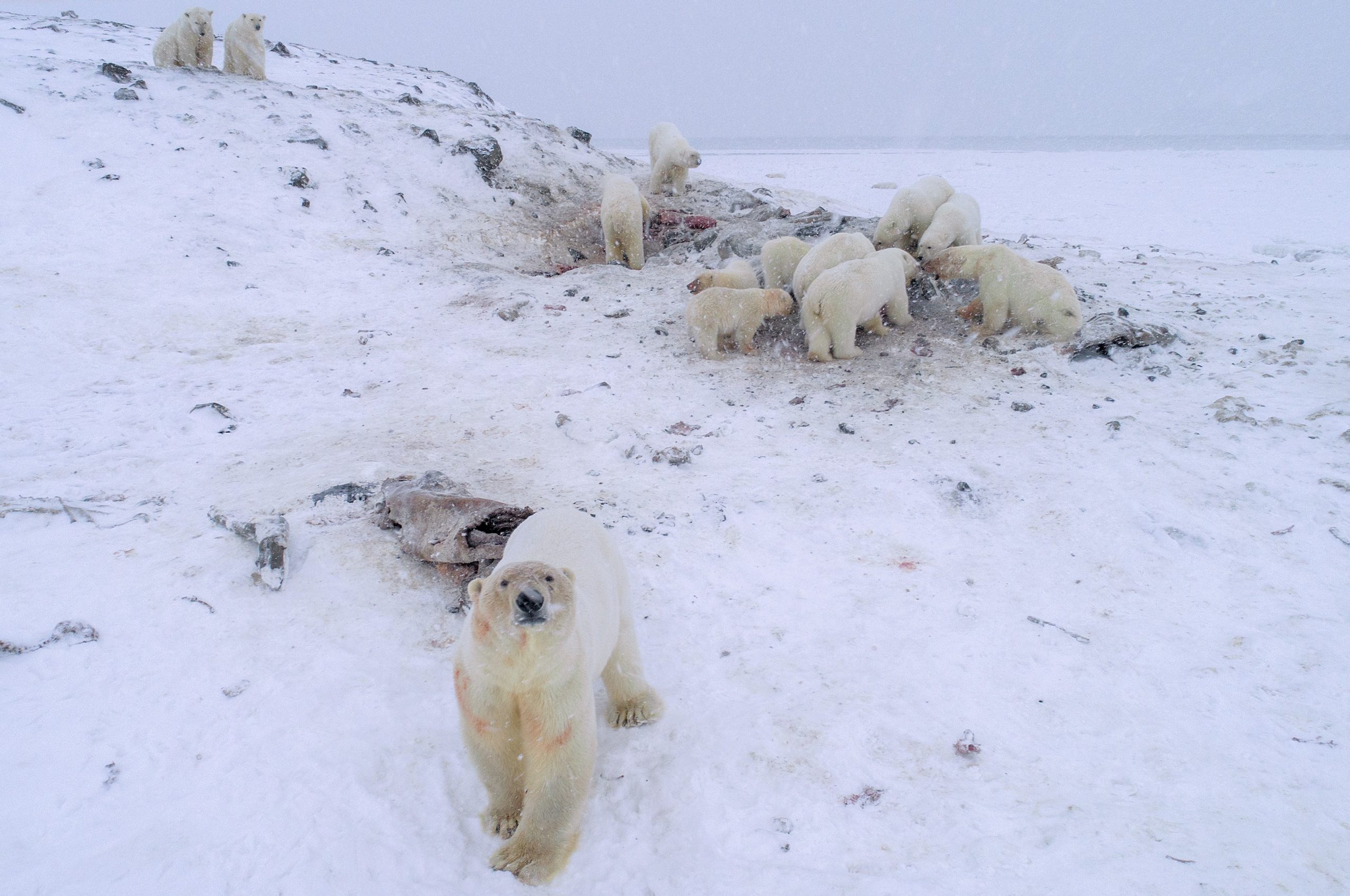 MOSCOW: More than 50 polar bears have gathered on the edge of a village in Russia’s far north, environmentalists and residents said, as weak Arctic ice leaves them unable to roam.

The Russian branch of the World Wildlife Fund said climate change was to blame, as unusually warm temperatures prevented coastal ice from forming.

The WWF said 56 polar bears had gathered in a one-square-kilometre area near the village of Ryrkaipy in Chukotka on the northeastern tip of Russia.

There were concerns they could enter the village, home to fewer than 1,000 people, and patrols had been set up to monitor their movements.

“The number of human and predator encounters in the Arctic is increasing,” the WWF said in statement.

“The main reason is the decline of sea ice area due to the changing climate. In the absence of ice cover, animals are forced to go ashore in search of food.”

Residents had gathered walrus carcasses in the area to try to keep the bears from wandering into the village.

“We have created a feeding point with walrus carcasses that we gathered along the coast,” Tatyana Minenko of the local “Bear Patrol” told news agency RIA Novosti.

“As long as there is no big freeze, the sea ice will not form and the bears will stay on the coast,” she said.

Russia’s weather service said temperatures in the region should fall from Saturday and that coastal ice should freeze by December 11. Polar bears regularly visit areas inhabitedby humans in Arctic Russia to search for food, often in rubbish tips.

But the number of visits has been growing as the melting of Arctic ice from climate change forces the bears to spend more time on land where they compete for food. – AFP