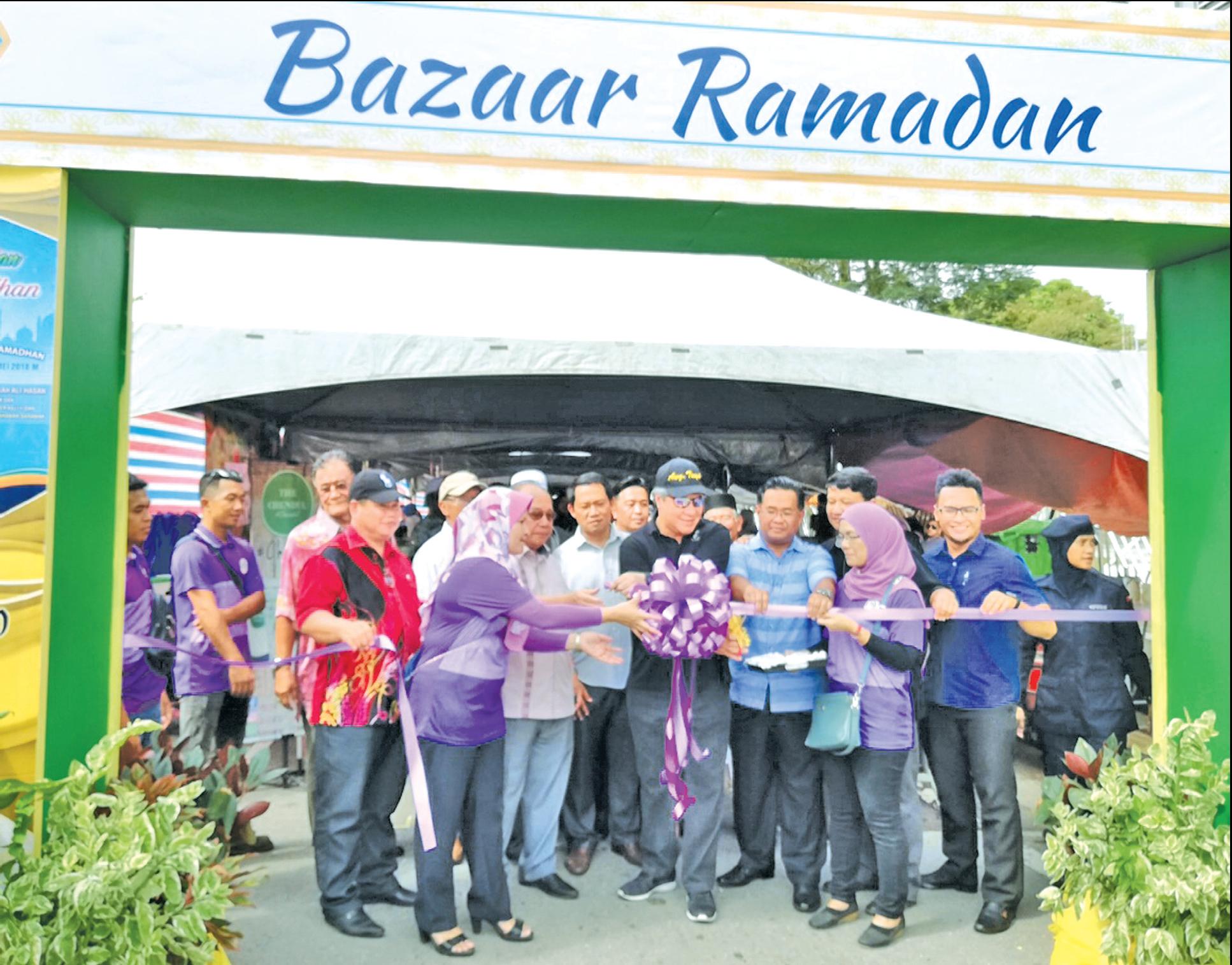 LAWAS: Fully utilise the facilities and amenities that are available, participants in the Lawas Ramadan Bazaar told yesterday.

These facilities which are prepared by the government to benefit them for such a long time already should be able to help uplift their business and convenience of customers and visitors not to mention ensuring the quality of their product, said Deputy Chief Minister Datuk Amar Haji Awang Tengah Ali Hassan when he launched the official opening of the Lawas Ramadan Bazaar yesterday.

Awang Tengah who is also Second Minister of Urban Development and Natural Resources as well as Industrial and Entrepreneur Development Minister was very to see the mass participation of small scale entrepreneurs in the Ramadan Bazaar this time around. He hoped their huge participation this time would be able to help the relevant authorities in looking after the overall cleanliness of the Lawas Ramadan Bazaar site.

At the same time, he would like to see the Muslims enhance their faith and preaching during Ramadan as well as prioritising the aspcts of unity among the various ethnic groups. Awang Tengah also officiated at the launch of the Sundar Sub-district Ramadan Bazaar where he mixed around and exchanged ideas with the local residents in the Sundar Sub-district.