Basic demographic data on the Penan 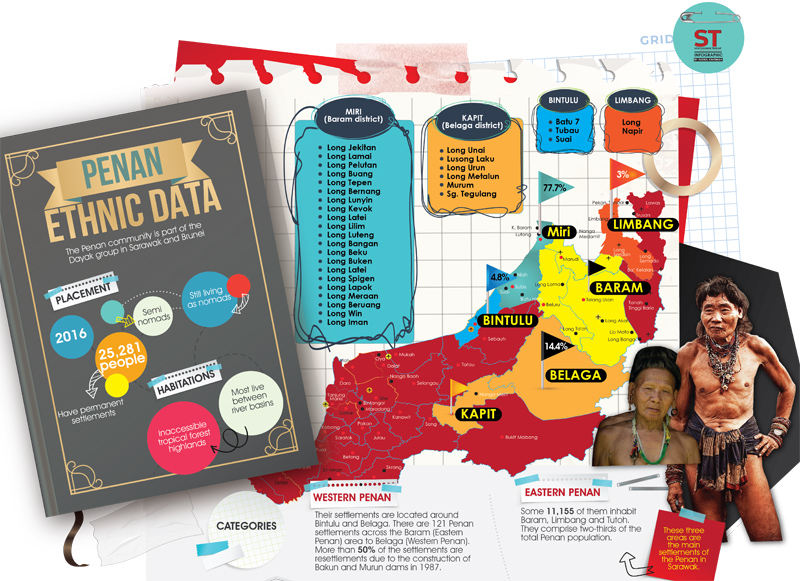 According to Dr Abang Ismail in his study, the Penan communities, who inhabit the inaccessible tropical forest highlands and river basins, are part of the Dayak group in Sarawak and Brunei.

Based on statistics from the Miri Resident Office, a total of 121 Penan settlements were relocated due to the construction of the Bakun and Murum dams in 1987 where about 12,000 residents from 15 longhouses in Hulu Balui were instructed to move to Sungai Asap and Sungai Koyan areas.

Meanwhile, in terms of schools with Penan students, seven primary schools, one of which is SK Lusong Laku in Belaga, consist of 100 percent of students from the Penan community.